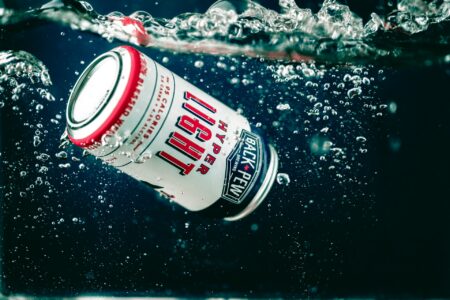 There is a lot of discussion about beer being pasteurized and what else it does to the beer apart from keeping it fresh and prolonging its shelf life. There are many opinions on the matter and pasteurization is defended by the more commercial sector of the industry as opposed to the craft end of the industry.

This could be down to the expense of pasteurization or the need for better flavor, the debate will continue I am sure.

What about the home brewers?

If you like to brew your own beer at home should you be looking at pasteurized beer vs unpasteurized? Maybe we should dive in and find out. 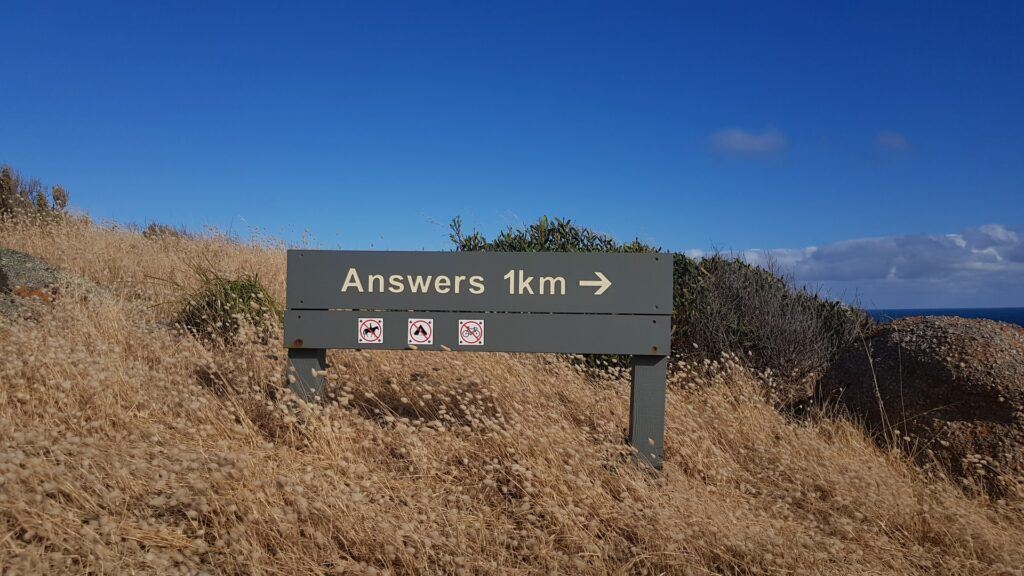 Put simply it is a process where a food product is treated with heat to kill germs known as pathogens and extend the shelf life of the product. Increasing the shelf life gives the product a better chance to be widely distributed and therefore reach more people.

According to history the heating of wine to preserve it was being performed in ancient China as early as the eleven hundreds. Of course, we know that Louis Pasteur was the one to discover that heating wine would eliminate microorganisms and so it became known as pasteurizing.

There are many products that are pasteurized, such as milk, juices, eggs, vinegar, wines, canned foods and of course beer. This is not the extensive list of pasteurized foods, just the common ones we all know about and consume daily.

I have only skimmed the surface, to find out more about pasteurization there is an interesting, but easy to read article at Wiki, that will explain the process it in a little more detail. It also explains double pasteurization, and high pressure processing, pulsed electric field and microwave volumatric heating, which are all types of pasteurizing.

Like many other food production companies, large breweries pasteurize their beer, whereas many small craft breweries do not. Many of the craft breweries which have taken the beer industry by storm in recent years argue that pasteurization destroys flavor quality in exchange for a longer shelf life.

This could be true (and it is debatable), but if you are a large brewery that is distributing your beer products around the world, then you need that extra shelf life to maximize that distribution.

There have been some microbreweries that having huge success and growth have gone onto introduce pasteurization into the beer producing process. That could be because they need a longer shelf life to reach a wider audience with their products.

The Debate Goes On

I am not going to get involved in the debate, like any beer lover I have tasted bottle conditioned beer as well as pasteurized beer and there are crossovers. That is all I am saying about the matter, maybe growth is the reason for pasteurization in the beer industry.

Anchor Brewing Company based in San Fransisco have a great article in which Bob Brewer explains why they pasteurize the beer. Bob explains how their method of pasteurization known as ‘Flash’ is better than the ‘Tunnel’ pasteurization method. He also touches on the flavor debates and how there is some misinformation about this subject, it’s an interesting read.

We all have our own take on this subject, but it seems that unless you are keeping your beer relatively local in distribution, there may be a need to pasteurize.

When it comes to home brew, should we pasteurize? 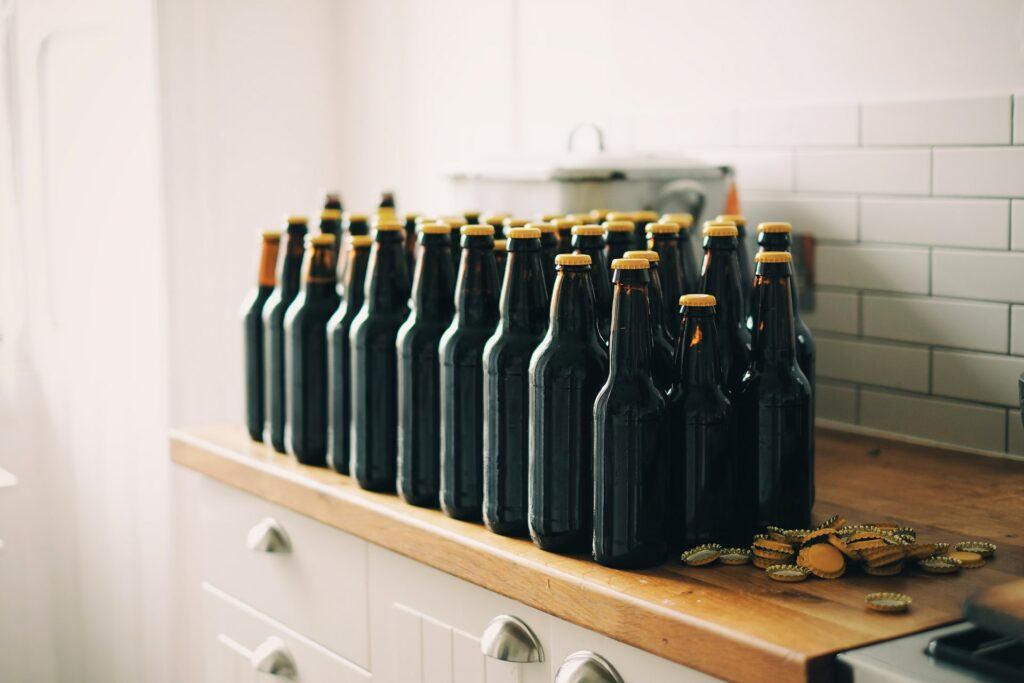 I guess if you have read this article so far, then you would probably not bother to even think about pasteurizing your own home brew beer.

Some say it is complicated to do at home and you need equipment that is expensive, but the simple method is to heat a pot of water and place your bottled beer into the pot for a certain amount of time.

There is a formula that puts time against temperature and produces a PU rating (pasteurization unit), this will give you the temperature you need the water to be and how long to leave your beer in the water.

Jester Goldman put this to the test with unpasteurized beer in this interesting experiment at beer and brewing.

There is no need to pasteurize your home brew beer, you do not need the shelf life and if you bottle condition your beer properly, then the shelf life will be good anyway.

This is also known as refermentaion as we are adding priming sugars to the beer at the point of bottling so the yeast will ferment in the bottle, even though the beer has already gone through the fermentation process earlier on in the brew.

This process will naturally carbonate your beer through carbon dioxide being produced and dissolving into the beer.

The key aspects to a great home brew without thinking about pasteurization is sanitation and correct bottle conditioning. Make sure you sanitize everything that comes into contact with your beer. Make sure the process of conditioning your beer is done properly. 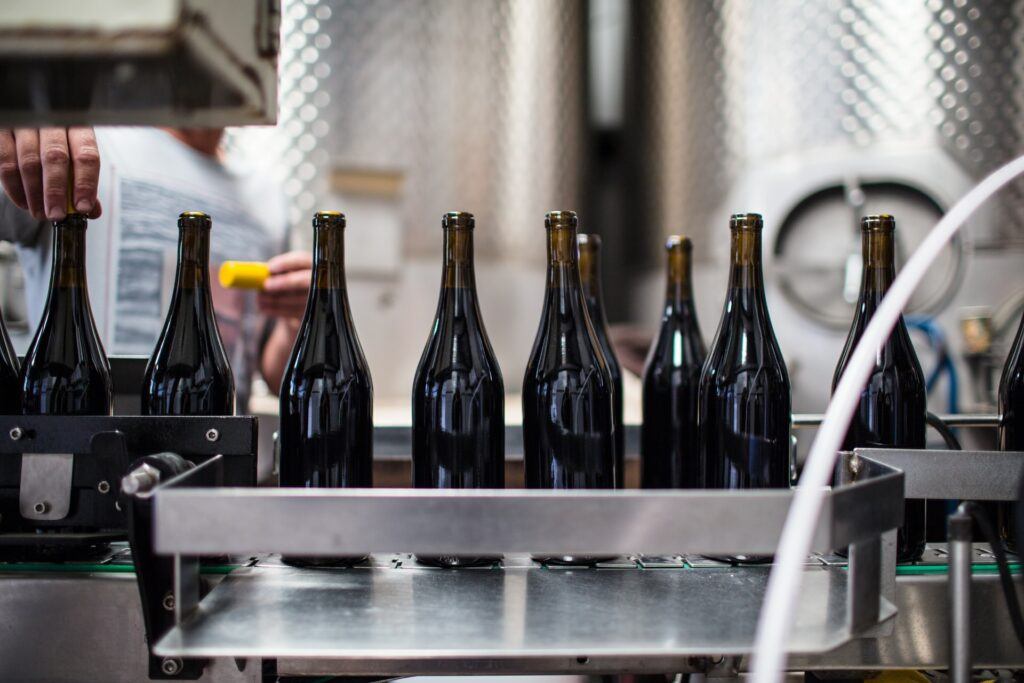 It seems there is no need to pasteurize your home brew beer, why complicate things if you don’t have to, leave it to the big breweries to do the pasteurizing and concentrate on tweaking and perfecting your beer. Keep things clean and bottle condition your beer and you are onto a winner.

On the other hand you may want to try the experiment from earlier and see what kind of results you get, its a bit of scientific fun. It may change the way you brew your beer in the future, if anything it will decide once and for all if you need pasteurization in your brewing process or not.

I hope this has cleared up the pasteurized beer vs unpasteurized beer question and you will move forward confidently with your brewing efforts. Share your thoughts about the P word and its place in homebrewing below, and also how many times I used the P word, it was a lot.