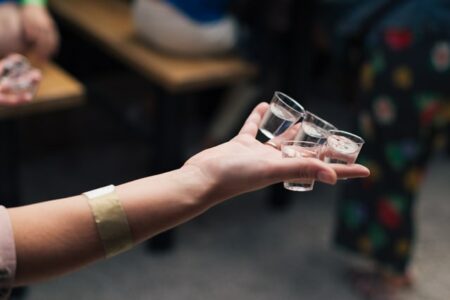 The versatile drink vodka which some say originated from Russia is as popular today as it has been for centuries. There are claims that it came from Poland or Sweden, but the origin does not really matter when we are looking at what we can do with this clear liquor.

Vodka which is traditionally drunk neat forms the base for many cocktails and seems to go with most flavors which is why it is so versatile. A bottle of vodka is a must have for your home bar and will feature heavily when you are making cocktails. I have listed some simple vodka drinks to try out for yourself and friends at home.

Vodka is a simple drink which seems to have no smell, it also has a very low freezing temperature which is below any domestic freezer’s capacity. This is why it is often kept in the freezer as it will not freeze ( unless your freezer temperature is below -16 degrees Fahrenheit), and it is best served cold.

Although vodka is traditionally made from fermented cereal grains, or potatoes, in recent years it has seen fruits become part of it’s make up and been on a similar route to gin.

In places like Russia and Poland it is normally drank from a small glass as a shot, but it has become a popular drink to mix with the likes of tonic, orange juice or lemonade. Further more it has become the backbone to many a cocktail, so you have many options with vodka. 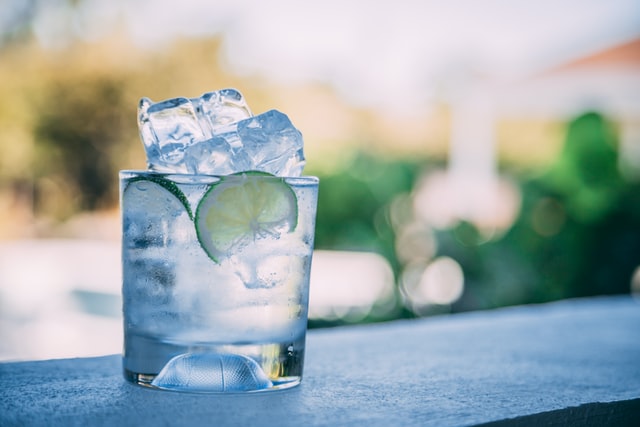 The famous vodka and tonic is a simple drink and a much loved one too. Usually served in a straight glass either short or long over ice.

Pour a shot of vodka over ice, add the tonic water which is normally 2 or 3 times the amount of vodka and garnish with a slice of lemon or lime. You can’t get more simple than that.

Although the amount of tonic is normally a 3.1 ratio, it is personal taste that dictates the amount, some like it weaker and add more tonic, I prefer a stronger drink and go for a 1.1 ratio. 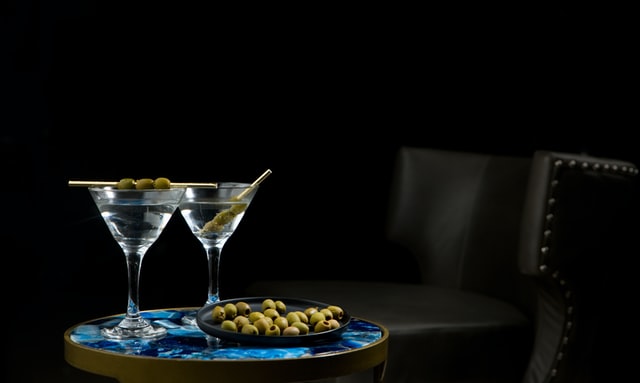 Keeping it simple we have the vodka martini which is a variation of the famous martini made with gin and vermouth. The difference being that of vodka rather than gin, but the rest remains the same.

The drink consists of vodka and dry vermouth with a popular ratio of 6.1, but again it comes down to personal taste as to how you want to drink it.

Normally you mix vodka and dry vermouth over ice and shake it or stir it to chill the drink. It is then strained into a martini glass to separate the ice and garnished with a twist of lemon or an olive or two.

A classic favorite enjoyed by many, including James Bond himself. 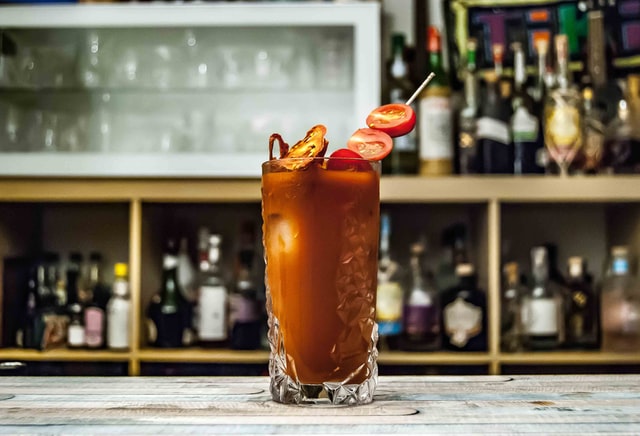 It needs no introduction, this red spicy cocktail is a favorite the world over and comes in many forms. Also, associated with the dreaded hangover, this hot cocktail is said to be a cure, but that is for you to decide. If you are suffering from drinking too much alcohol, then I would not suggest drinking anymore, may be just have the tomato juice straight.

This drink is made with vodka, tomato juice and few sauces and spices served over ice.

The exact recipe changes with different people, so the choice is about what you prefer the taste of, but here is a list of known ingredients for the bloody Mary.

There are more too, it just goes on and on, you can literally put any spice you like in this cocktail. For me I think you can over do it, I prefer vodka, tomato juice, Worcestershire sauce, Tabasco sauce and a squeeze of lime juice, but you go for it and add the works. 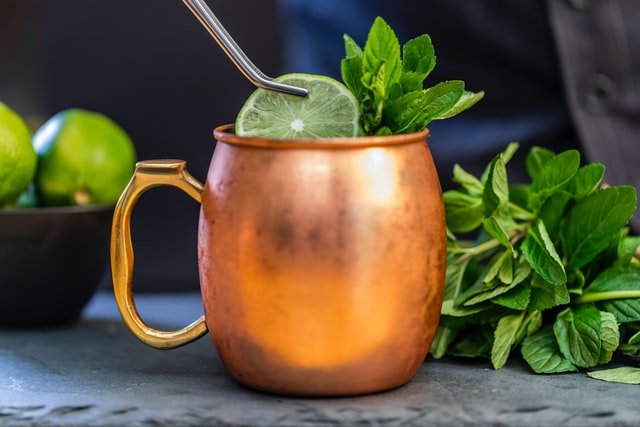 A classic cocktail with a very vodka base, served with ample ice in a copper mug.

Why the copper mug?

History says that Jack Morgans girlfriend owned a copper business, and along with John Martin the owner of Smirnoff, Jack Morgan (bar owner and maker of ginger beer) came up with the drink Moscow Mule and used a copper mug to serve. They promoted the cocktail to sell both their products.

Copper is a well-known thermal conductor and responds to the temperature of it’s contents, so will keep a cold drink cold for longer than a glass. Some also say that the copper can enhance the taste of this fizzy cocktail.

Anyway on to the drink itself. To make this cocktail you will need to mix vodka, ginger beer and lime juice, over plenty of ice and garnished with a slice of lime.

A simple but punchy cocktail that will give you plenty of fizz. You can add a sprig of mint too, which seems to calm it down a little, it’s a good cocktail, whether you serve it in a copper mug or glass. 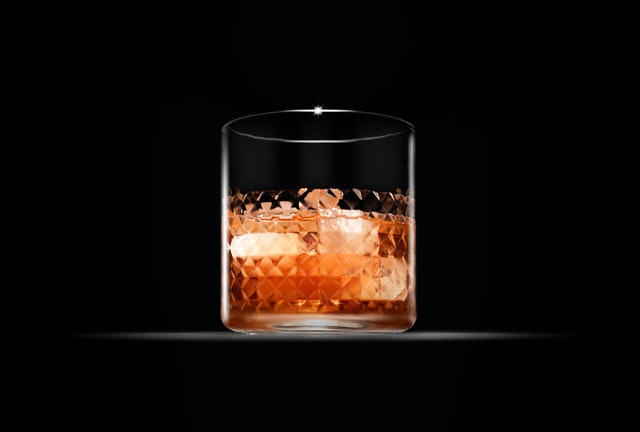 As it’s vodka I thought I should include the Black Russian, not that I am saying I agree that Russia invented vodka, it could have been Poland or Sweden, or any other country for that matter. It’s just that we do tend to associate vodka with Russia more so than any other country.

There is no need for garnish, although some do add a cherry, which is nice.

There is also another version called a White Russian, which is the same drink with fresh cream floated on top and gently stirred, which makes it a little more indulgent.

Bliss On The Beach 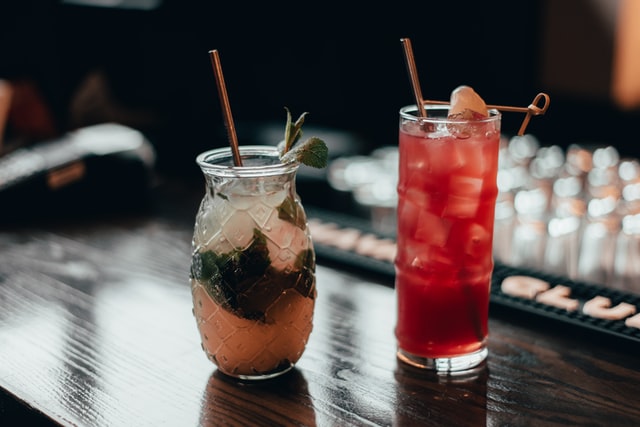 This is a very fruity cocktail and an ideal refreshing drink for those hot summer days on the beach. This popular cocktail is mixed using vodka, creme de cassis liqueur, peach schnapps, orange juice and cranberry juice poured over ice in a long glass. You can garnish with a slice of orange and a cherry.

You may be thinking ‘hang on a minute, this sounds familiar’ and you would be right. Yes, this cocktail is more popularly known as ‘sex on the beach’, but the word bliss is a little more subtle.

It has many variations using different fruit juices, and that is the point of this cocktail, it’s fruity and refreshing. 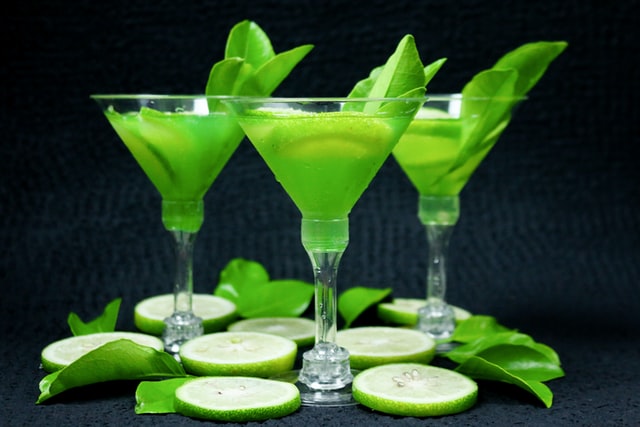 As you would probably guess from the name this cocktail is basically an apple martini, which is a nice twist on the gin or vodka martini.

In it’s basic form it is a mix of vodka, apple juice or schnapps and Calvados, garnished with a slice of apple. Like many cocktails there are many versions of the same drink.

The appletini is no exception with other ingredients as Cointreau, which is an orange flavored liqueur and cider. You can also make it with gin instead of vodka.

A nice cocktail with a distinct apple flavor, you wouldn’t have guessed. 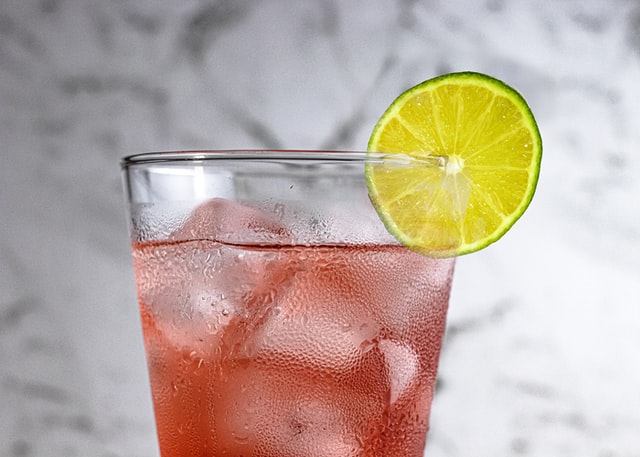 Another classic and popular cocktail, the Cosmopolitan is a fairly modern cocktail dating back to the seventies and being born from the Kamikaze cocktail which is the same but without the cranberry juice.

Also nicknamed the Cosmo, this cocktail is a mix of vodka, Cointreau, cranberry juice and lime juice, garnished with a slice of lime.

There you have two in one cocktail, if you prefer you can hold the cranberry juice and you have a Kamikaze cocktail instead. 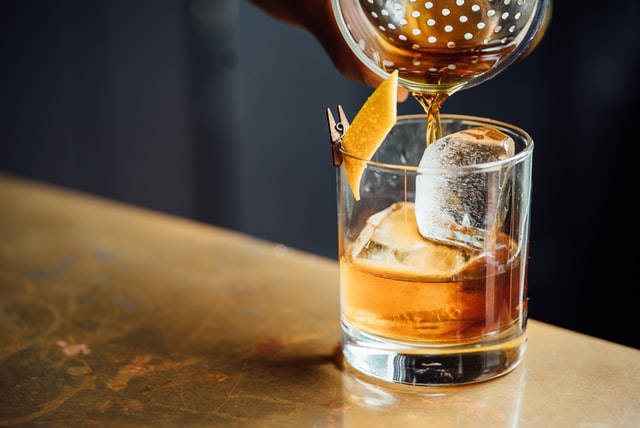 This simple sweet little cocktail is a lighter version of the godfather cocktail which is made with scotch whiskey instead of vodka.

The mix is simple but delicious, in a short glass add ice and pour vodka and amaretto and stir and you have yourself a sweet little sipping drink called the godmother.

If you prefer whiskey then go for the godfather instead, either way, both drinks provide a satisfying sweet drink that can be enjoyed anytime. Although it is particularly nice after a meal, I think so anyway. 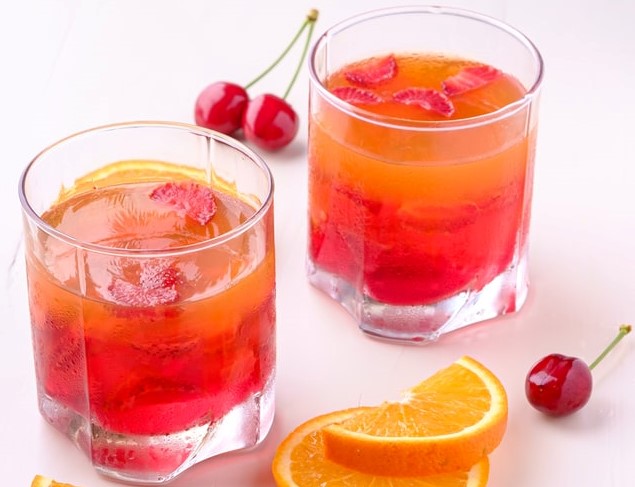 Who can forget the classic Harvey Wallbanger whose name supposedly comes from a surfer Tom Harvey, whom got so drunk on this drink that he was banging into walls, well the name says it all.

Made from a mix of vodka, orange juice and Galliano, which is a spicy vanilla liqueur, this cocktail is a favorite around the world.

Serve in a long glass filled with ice, pour the vodka and orange juice over the ice, stir and then float the galliano on top. You can garnish with a slice of orange and a cherry too.

There are so many vodka based drinks it is hard to choose a winner, but out of the ones that I have covered my favorite is the godmother, i just love the sweet taste of amaretto.

Every cocktail invented can be played around with and there are several versions of pretty much any cocktail. The thing that amuses me about cocktails is the claims over who invented them and when, you can never pin it down to whom done what and when.

I guess this is because there are so many variations of each cocktail, so things get confused over the years and the facts get blurred.

You to can create your own version of these drinks, just don’t claim you invented the thing, but do share your favorite. Pop your favorite simple vodka drinks below, whether it be one that I included or a different one.