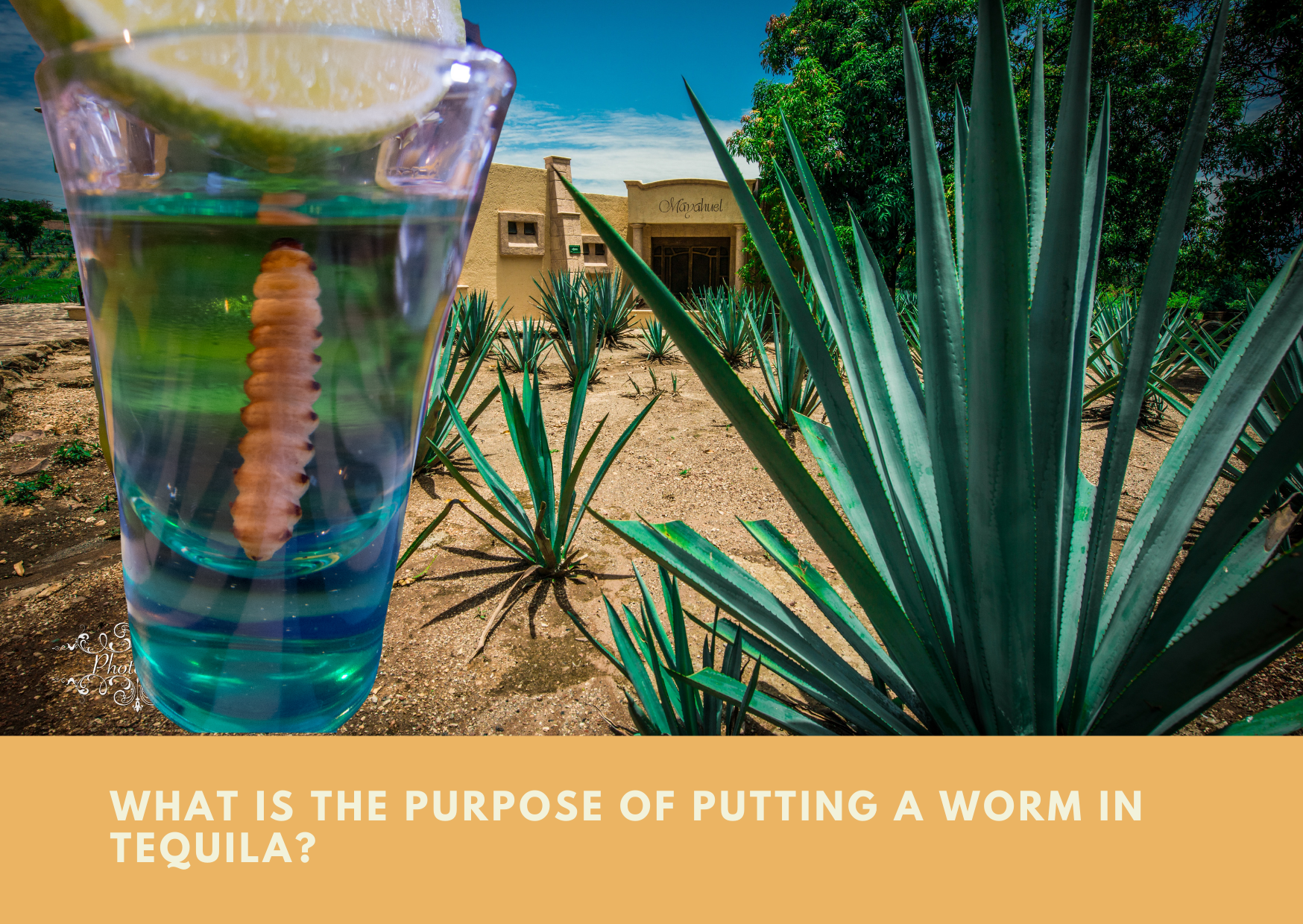 Obviously it’s to enhance the taste, or may be it has some kind of mystic power. There must be a good reason for that worm floating in the bottom of the bottle.

When you finish a bottle of tequila, should you eat the worm? I have to say I have never eaten one, and I won’t be eating one going forward either. I have seen a friend eat one, and he wasn’t impressed, in fact he didn’t look the same for the rest of the night.

May be it’s an ancient tradition, lets find out.

What Is The Purpose Of Putting A Worm In Tequila?

I am going to bust the myth’s about the Tequila worm. There is no tequila worm, you will not find a worm in a bottle of tequila. But you will find one in a bottle of mezcal, and I will explain what that is further on. The worm is not a taste enhancer, nor does it have mystic powers. There is only one purpose of the worm and that is marketing.

Even though I have blown up all the stories and rumors about the tequila worm in one paragraph, sorry. Here is another one, the worm is not a worm, again I will explain further on. First though, what is mezcal.

Tequila and mezcal are the same thing in essence, they are made in the same way, but do differ slightly. Both tequila and mezcal are Mexican spirits, and both are made from agave. The agave plants have long spike like leaves, similar in appearance to the Aloe plant. These leaves can range from a few inches in length to several feet depending on the species.

Agave is a plant then, and there are plenty in Mexico, there are also many species of the agave plant. This is where the difference between tequila and mezcal come into play. Mezcal can be made from a variety of different types of agave. Tequila on the other hand can only be made from the blue agave also known as agave tequilana.

That is the only difference, which means that tequila is a mezcal, but mezcal is not a tequila, I think.

When Is A Worm Not A Worm?

Either species can be consumed, so chomp on the one at the bottom of the bottle if you like. In Mexico they are fried and are a tasty snack, loved for their nutty taste. There is also a seasoning containing these little grubs, which is used in cooking.

What Happens When You Eat The Tequila Worm?

It is more likely the mezcal that will give you visions if you have drunk too much of it, than the poor little worm who has been pickled in mezcal. I have heard people say that the worms are alive in the bottles. Again not true, even if they were put in the bottles live, they would not last long, but they are not.

Myths About The Mezcal Worm

There are several rumors for the existence of the worm in mezcal.

Although these worms are used in seasoning as a dry powder, which is to enhance flavor. In their whole form, I can’t see that they can add any flavor enhancement to the mezcal.

It may have become a tradition in some communities. But it does not stem from ancient Mexico and been handed down the ages from generation to generation.

Putting the worm in the drink gives it mystical powers. This may be where the hallucination myth stemmed from, but again not true.

Why Do They Put The Worm In Mezcal?

Purely as a marketing ploy, its a gimmick designed to improve the sales of mezcal. Just say you didn’t know that there were worms inside mezcal. Imagine looking a long a line of bottles in the store and you spot one with a worm in it. It’s possible that curiosity will get the better of you and you would buy it. If only to show friends and family.

There are even bottles I have seen with scorpions in them. Small snakes are another one, but I have not seen that with my own eyes.

The biggest of them all, is that you don’t get a worm in tequila, yet it has become known as the tequila worm. And of course it is not even a worm, but a larva of a butterfly or moth. I hope I haven’t spoiled your day by smashing the tequila worm myths, and by the way Santa is real.