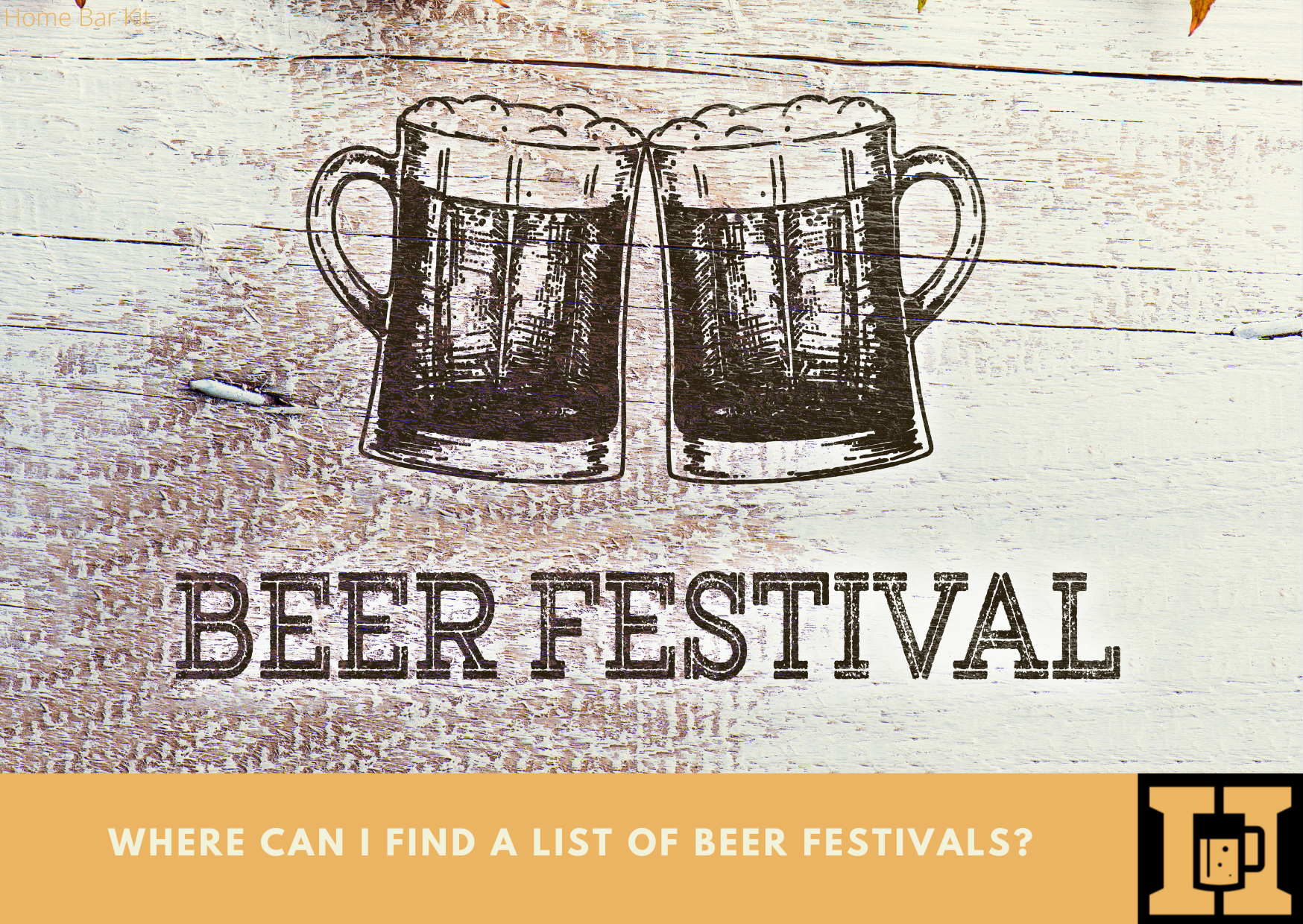 When we think of a beer festival Oktoberfest springs to mind, and for good reason. However there are other beer festivals that are held annually all around the world. In fact there are hundreds, or maybe even thousands. But where can I find a list of beer festivals?

Is there such a thing? One comprehensive list of all the beer festivals that are held every year around the world. Well if there is, then it would be a very long list and would take a long time to put together.

Where Can I Find A List Of Beer Festivals?

The easiest way to find a list of beer festivals is online. There are many resources that list beer festivals. However there does not appear to be one complete list. Mainly because there are so many held annually. Most of the resources will only list what they consider the best or most popular beer festivals.

I have researched some of the best resources and will share them in this article.

What Is A Beer Festival?

A beer festival is an event that really celebrates beer. They are a chance for beer lovers to sample different types of beer. Also a chance for brewers to show off their brews and gain interest in their beers.

Not all beer festivals are equal, Oktoberfest is generally seen as the largest beer festival. Millions of visitors attend every year over a period of two plus weeks.

However probably the smallest beer festivals are held in pubs and bars. My local pub use to hold a beer festival every year which lasted a couple of weeks. It was just few guest ales that were available for that period.

What Happens At A Beer Festival?

This really depends on the individual beer festival. Nothing happened in my local pub, apart from the opportunity to try a few guest beers.

Second is the food, there is plenty of foods to choose from too. Different types of street food and favourites are sold around the festival.

Third is entertainment, music from live bands, quizzes and other games are held. Some festivals even have fun fairs too, as well as a variety of competitions.

How Many Beer Festivals Are There Around The World?

An impossible question to answer because of the variety of sizes and sheer volume of festivals. If there is a comprehensive list of festivals around the world, then it will not include every single one.

However small pub festivals like I mentioned earlier or small community beer festivals are impossible to track around the world.

But it is fair to say that there are probably thousands, so plenty to choose from.

Where Can I Find A List Of Beer Festivals?

There isn’t one list for all festivals available, not even a book seems to exist that lists more than the most popular.

However I have found some resources that do list a fair few of the beer festivals around the world. The best and most comprehensive is Wikipedia. They cover a fair few destinations with details about the most popular ones.

Camra actually organise beer festivals in the UK and list them on their website. Aletalk.co.uk also have a good list of beer festivals throughout the UK.

Bestbeerfestivals.com has a beer festival calendar for the US, South America, Canada, Asia and Europe.

Beerfests.com cover a fair few in different states across the US.

Across these resources you can find a lot of beer festivals to enjoy.

Is It Worth Going To A Beer Festival?

A beer festival is a great way to discover new beers. Also there are plenty of beer related gifts to buy for your home bar.

On top of that there is the live music, exciting foods, as well as games and competitions. So a beer festival is a great event to attend.

However unless you are going to a beer festival that is fairly local to you. Then it can become costly with travel costs and accommodation. Especially if the one you choose is in another country.

Although it seems impossible to find a full list of beer festivals around the world. Which is quite understandable with the amount there are.

At least there are a few resources that do list a decent amount. A few different searches can reveal local, regional, national or international.

If you can tear yourself away from your home bar this year, then consider going to a beer festival. Also if you know of other beer festival resources them do share them below.