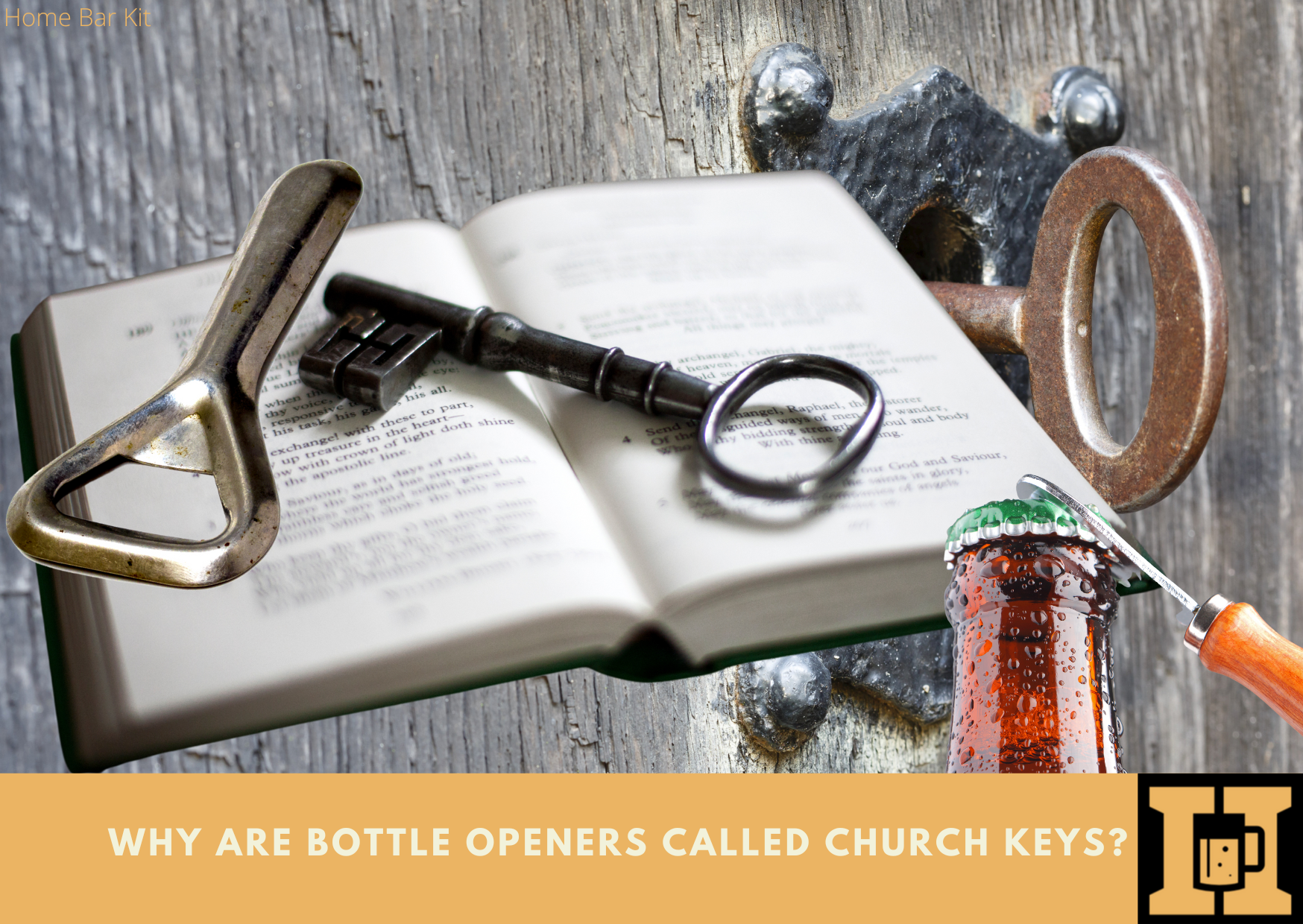 Why are bottle openers called church keys? I saw this question pop up on a forum recently and have never heard this term before. I had no idea that a bottle opener is also known as a church key.

It is obviously a nickname for the bottle opener, but why and how did it come about? I decided to find out the answer and thought I would share my findings.

The simple and most feasible answer is that the old style bottle openers resemble the large key that is used to lock and unlock a church door. An early bottle opener was made of cast iron, was large with a big hoop on one end. It is easy to see how they would be compared with a church key. However there are a few other theories too.

Apparently the term is an American one, which is probably why I have not heard it before.

The Origin Of The Church Key Bottle Opener

The actual bottle opener that became known as a church key came about around 1892 and was made for opening the bottle caps known as Crown Corks. These are still used today and both the cap and opener were invented by William Painter.

At this time there was no reference to the nickname church key.

The first time the bottle opener was referred to as a church key in print is around 1951. However some say it dates back to the 1930’s.

Like I said the most practical answer is the old style bottle opener resembled a church key. It makes sense and its easy to understand why this nickname cam about.

So what are the other theories?

Another theory is that Monks were the brewers of the day and their bottles of beer were kept locked away. So the bottle opener became known as the church key, I don’t think so.

Then there is the prohibition theory. The theory points towards the bottle opener being a discreet way to open a bottle as they resembled a key. Kind of a ridiculous theory.

How about the church joke theory? Apparently drinking beer is not a church like thing to do. So those that did not attend church called their bottle openers church keys as a joke. Really 🙂

Finally and probably the funniest of all is Mr Church. The bottle opener was invented by a bloke named church, unbelievable.

I am sure there are plenty of other theories too.

What About The Beer Can Opener?

In 1935 there was a new kid on the block, the beer can. However these beer cans were not like the ones we have today. They did not have pull rings to easily open the top.

In fact they had no opening at all, so needed a new kind of opener.

This type of opener is a thin metal bar with a pointed end that is used to pierce the can top. It would leave a small triangular hole in the can. Two holes were made, one each side of the can top to allow the beer to flow.

It is evident that these type of openers do not resemble a church key. However the name stuck and they also are known a a church key.

As I said I have never heard the bottle opener referred to as a church key, although I do kind of like it.

So there are several theories as to why the bottle opener is nicknamed the church key. Although some of them a little far fetched. The obvious one is the shape and size of the original bottle openers.

They do resemble the shape and size of old style keys and especially a church key. So that is the one that I am going with and the one I will use if ever asked the question.

If you have any other theories as to why a bottle opener is called a church key, the do share your thoughts below.