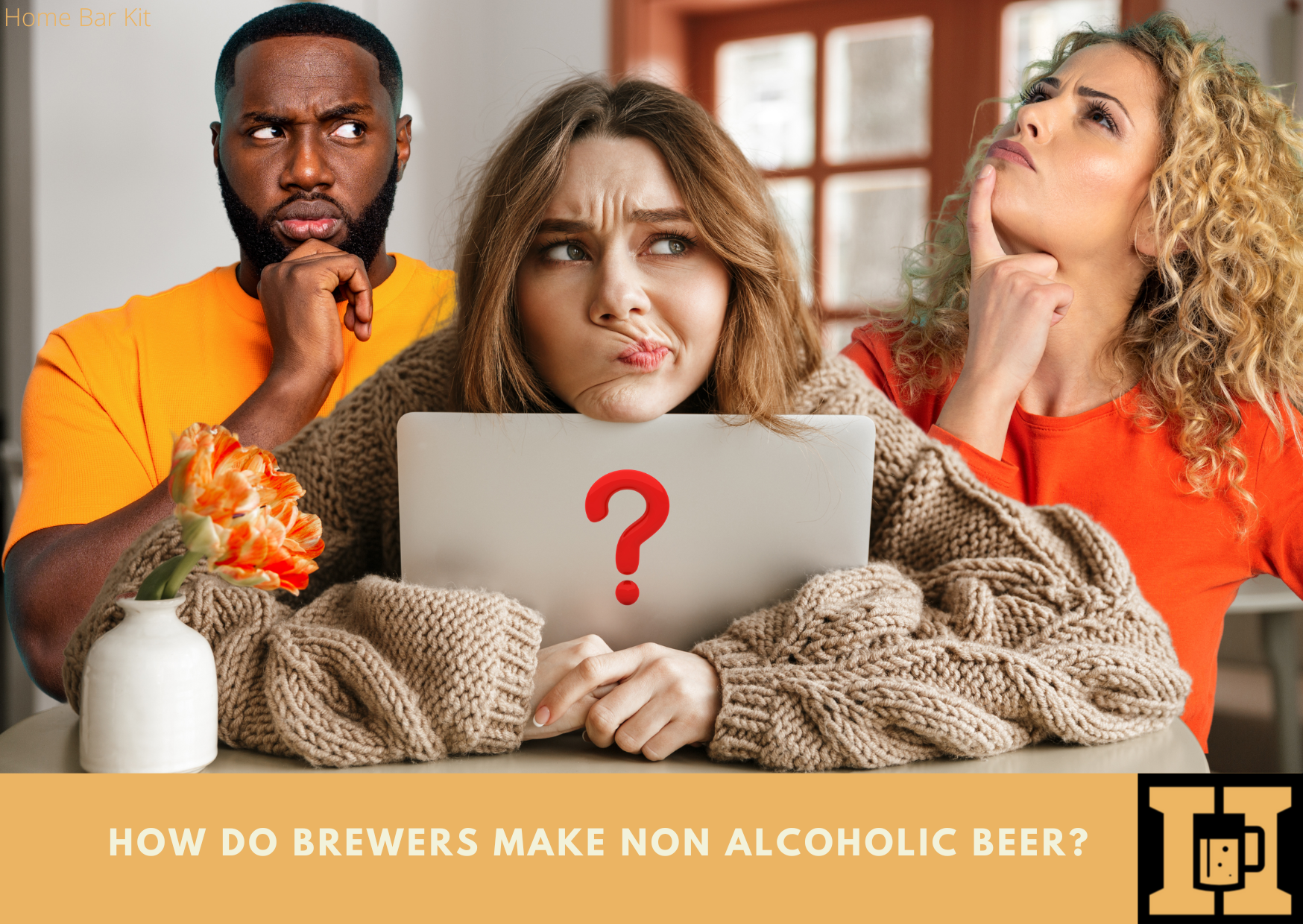 Whereas in the past the choice of NA beers was limited and normally only lager was available. Now the choice is vast are the beer styles, with hoppy IPA’s and stouts being among the line up. But how do they do it?

Brewing beer in the normal way and then removing the alcohol maybe seen as the best method. However this can also be the most expensive methods with the cost of special equipment.

The trouble with non alcoholic beer in the past is it didn’t taste like beer. It was bland and not like drinking beer at all.

However breweries today have taken on the challenge to brew NA beer with the same flavour as the real thing. And it has to be said that they are doing a great job.

There are even some breweries that only make non alcoholic beer, or alcohol free beer. While others produce NA versions of their regular beers.

But how do they do it?

Brewers can avoid the fermentation process and therefore produce alcohol free beer. By not adding yeast to the wort it cannot turn the sugar to alcohol.

However this can produce a beer that is very sweet, and may not resemble a real beer. There are other ingredients that maybe added to counter this though.

By interfering with the brewing process you can produce low or non alcoholic beer. This can be done by lowering the sugars in the wort, to prevent the alcohol content. Using different grains that contain less sugar can also be used too.

With the rise in popularity of NA beers there are even special yeast strains being developed to produce non alcoholic beer.

Water The Beer Down

The dilution method is basically watering the beer down. A concentrated beer is brewed in the traditional way.

At the end of the brewing process, water is added to dilute the beer and bring the ABV down. Once the ABV is 0.5% Vol or below, the beer is then carbonated again.

This maybe one of the easiest methods, however watering a beer down will compromise some of its flavour.

Remove The Alcohol From The Beer

This method is known as Dealcoholization and basically involves removing the alcohol from the beer. The beer is brewed in the normal way. Then one of several methods are used to take the alcohol out of the beer.

Here are some of the methods used to remove alcohol from the beer.

Alcohol has a lower boiling point than water. So by heating the beer to high temperatures the alcohol evaporates. This can compromise the flavour and body of the beer. Which is where vacuum distillation comes in.

Vacuum distilling brings down the boiling point of alcohol. This means the alcohol can be removed at not so excessive temperatures. Keeping the beers flavours and aromas more intact.

This process involves the beer gently being heated and then passing water vapour or nitrogen through the beer.

The vapour or gas take the alcohol away as it passes through the beer. However it can also take some of the flavour with it. Special equipment is needed for this process and some better equipment is said to be able to return any lost flavour back to the beer.

A process that basically filters the beer and separates the water and alcohol from the beer. The beer is passed through a membrane at high pressure.

The water and alcohol pass through the membrane, while the larger molecules of the beer itself get captured.

Using distillation the water is separated from the alcohol before being returned to the beer. The result is an NA beer.

This is probably the best version of making non alcoholic beer. However the equipment needed does not come cheap.

The demand for non alcoholic beer is definitely on the rise. And the better breweries get at producing it, the more popular it will become.

Many argue that NA beer should be cheaper to buy, however this is not the case. But I think it is understandable when you consider the processing brewers have to put the beer through.

Some of the methods mentioned require a big investment in extra equipment, as well as a longer brewing process.

One thing is for sure, even though the quality of NA beer is far superior to yesteryear. It will only get better as breweries develop their processes.

The future is bright for non alcoholic beer.