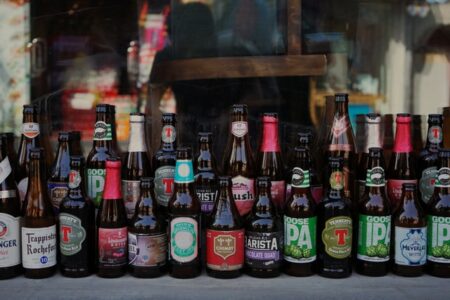 I have often thought about starting my own beer rating system, mainly for my own reference and sharing with friends. When I first thought about this idea it would have been a pen and paper record.

That quickly moved to a digital version when the internet exploded into our lives, but things have moved forward even more now with apps being the norm these days.

Since the birth of Home Bar Kit the subject has raised its head again, and I think it would be a great branch to this website if I had a section where I can try new beers and rate them.

I put on my research head and searched to see if there were any websites that were dedicated to this subject and whether it would be worth me setting up a rate my beer section to my site.

There are a few of these websites out there and the best ones that I could find have been around for quite some time. There are even apps available where anyone can rate any beer in the world, which is a pretty good idea.

I have included five websites that review and rate beer, I will also include a short list of apps that rate beers.

Craft Beer And Brewing is a magazine dedicated to beer and home brewing, established in 2014 it has an online platform that covers many aspects of beer and brewing.

They have a video section that covers many beer related subjects as well as how to brew different types of beer. You can take an array of courses centered around learning the art of brewing and other beer subjects.

There is a lot of content on this site including recipes, shop, events, podcast, newsletter and various tools including a beer name generator which is fun. Citra Dry Hopped Ripe Rain Wish was the name it came up with when I clicked the beer name generate button, you just keep clicking and it will continue to come up with different names for your beer.

Best of all though the website has a beer review section that blind test beers and scores them on aroma, appearance, flavor, mouthfeel and overall impression.

This website has been around since 2010 and is a social media style platform with users reviewing beer adding photos and tagging friends. A user can check in a beer whilst drinking it and share their thoughts on the beer. Leaving a rating between 1 to 5 and earn different badges as they go.

Each beer that gets rated will show the total ratings and the overall star rating, there are also comments from users describing how the beer tastes and their experience with it.

In 2016 Untappd became a subsidiary of Next Glass which is a provider of software solutions to the beverage industry and also has a beer and wine rating system.

Untappd is a fun platform to rate beer and connect with other users.

This is a restaurant management group originally started by two friends back in 2001 and includes the likes of City Works Restaurant, Old Town Pour House and South Branch Tavern Grille among others.

Tap Tracker is their own in house beer rating system, it only rates the beers in their own restaurants, but they do tap a lot of beers, so you will not be too limited.

You can share your ratings and score the beer you are trying at the time. its a cool concept, but as I said it is for their own bars and restaurants.

If you use their restaurants regularly, then it is a beer rating system worth having.

Founded in 1996 this website has it all and is one of the oldest as well as largest communities dedicated to everything beer. There is plenty to discover with a beer trading platform, forums, a respect beer society, they even organize beer events and festivals.

Of course, they also have a beer rating section to the website that and a top 250 beer ranking chart. Users can rate the smell, taste, look, feel and overall opinion of the beer they are drinking. The users rating will either push a beer up or down the chart.

In 2020 like Untappd the beer Advocate became a subsidiary of Next Glass, but continues to maintain its own identity.

It is certainly an interesting site with a lot of beer activity.

Founded in 2000 it was originally set up as a forum for beer drinkers to connect and discuss everything beer. It is all about rating the beer and this website has hundreds of thousands of reviews by users, which in turn make up a top 50 chart.

Just like some others the score system is based on beer judging competitions and cover aroma, appearance, taste, feel and overall opinion. Each beer then gets a star rating and depending on its score will rank accordingly.

Rate Beer also has an annual best competition in which it gives awards for the best new brewers, the best beer, the best by style and the best places for beer.

The website covers a vast amount of beer related information including the most active brewers, the strongest beers and even the worst beers in the world.

When you log more than 100 beer ratings you will as a user become part of the 100 beer club, don’t get to excited though as you will be way down the list. At 100 the rank is over 7500, the top position ranked no.1 has submitted over 76,000 beer ratings, that’s a lot of beer to consume.

The website is a lot of fun and has a lot of useful information too. 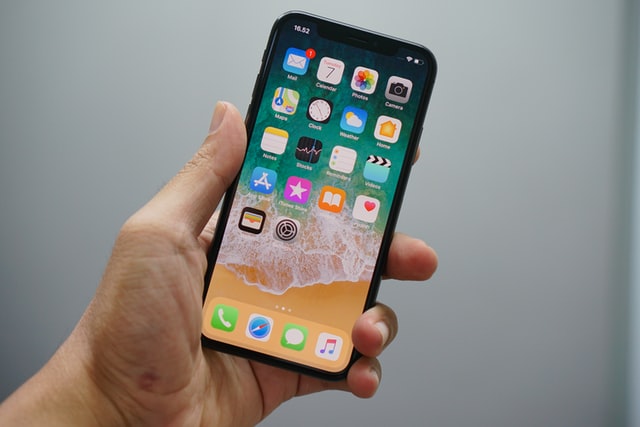 There are a number of apps available to download and use on your smart phone and although they all pretty much do the same thing, some do have their own little quirks.

This app describes itself as a guide and community for beer. If you want to know if a beer is decent, then you can scan the label and the app will bring up a rating on that beer from previous users opinions. It will also give you information about the beer and the brewery.

Connect with a community of beer lovers and rate the beer you drink by leaving a review and score.

It sounds a good app and according to the reviews, the idea and set up are good, but there are problems with the functioning of this app with a disappointing 1.9 stars out of 5 at the time of writing with 1269 reviews.

This doesn’t mean we should write this app off, it may improve in the future.

The Rate Beer website I have already talked about also has an app to download, it uses the vast database from its website and community so you can not only rate a beer, but find good ones too.

Like any app there have been issues, and the reviews talk about some of them, although I am sure they have been ironed out. At the time of writing this app comes in with a 3.5 star score out of a possible 5 stars and at the time had been reviewed 570 times.

This app from Metosphere is pretty much the same letting you keep track of beers you have tried and rated. You can upload photo’s, interact with the community and see reviews that others have left.

It is the best scoring in terms of star rating, but there are signs of niggles with some reviews complaining about things the app can and can’t do. At the time of writing it comes in with a 4.1 star rating out of 5 stars, and had been reviewed 485 times.

There are other similar apps centered around beer, plus others for wine, cocktails and spirits too.

It seems then that there are platforms to rate beer and connect with others that love beer.

The websites and apps that I looked at let the users rate the beer and interact with each other, which is a great idea because it does create a great community. I had not thought of doing it in that way when I was thinking of adding a section to this website.

I had the idea that I would rate the beers myself and write a detailed review of each beer so my readers could try the ones they liked the sound of. I would also add a video review of each beer as an alternative to reading the review. People can still interact because they can leave their thoughts in the comments section.

Talking of which, you can do that now and let me know what you think about there being a rate my beer section on this website. It would not be something that would happen for a while yet, but it would be good to know your thoughts.