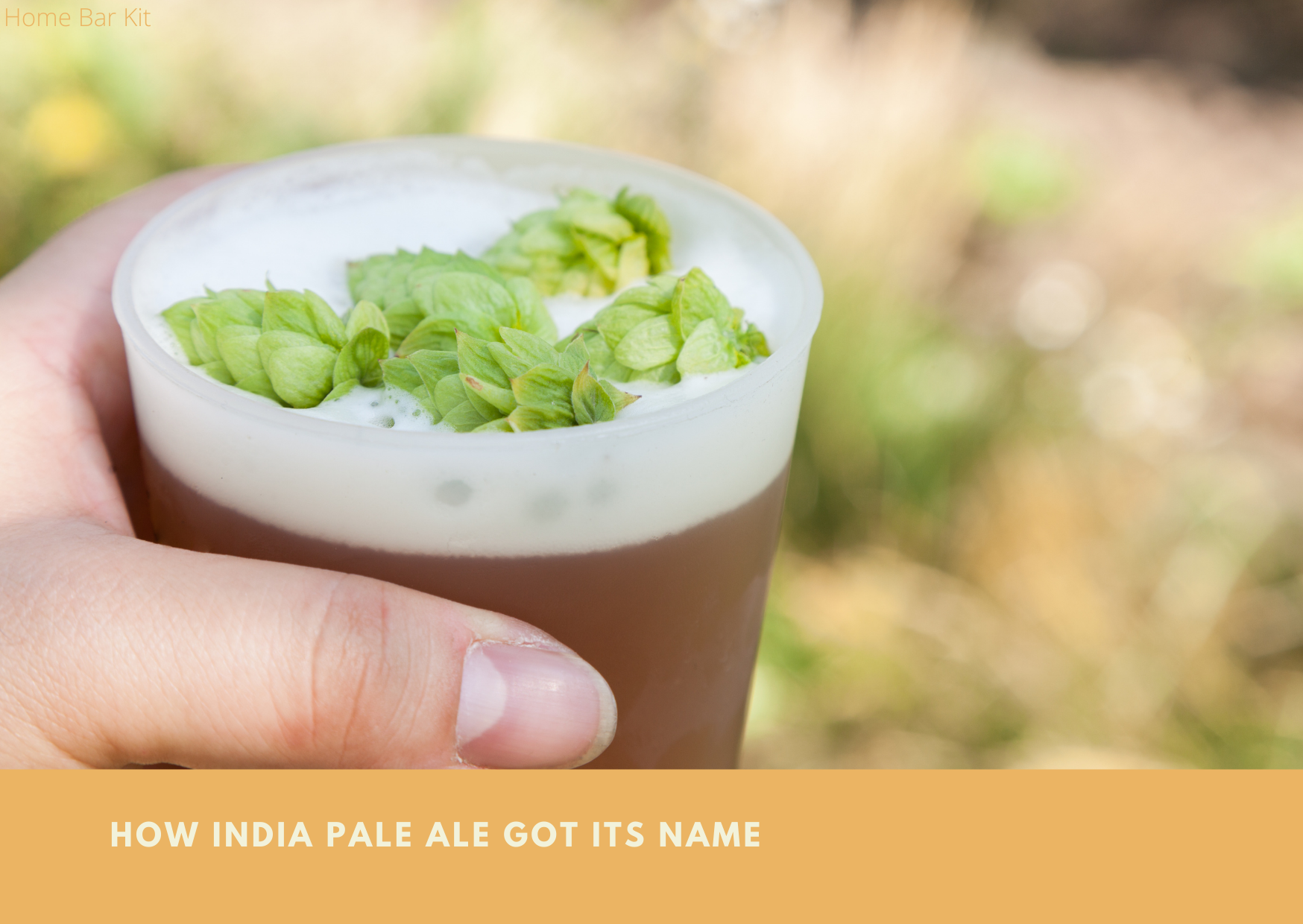 History is a funny thing, it gets bended and twisted to the point when it is hard to know what the truth is. Facts get lost, translations change words and people add their own little made up details. Suddenly a simple fact becomes a dramatic story. This seems to be the case when you look at how India Pale Ale got its name.

Why would a beer originating in England be called India Pale Ale? There must be a simple answer, but ask this question and you open a can of worms. It’s a classic example of the truth being lost among hearsay and rumour. Romantic tales that exaggerate the truth and polish the facts, leaving a more desirable story.

How India Pale Ale Got Its Name

The most common story is that in the mid 1780’s, India being an interest of Britain needed beer for their colonists. However beer did not travel well on the long gruelling journey from England to India. In fact it spoiled and was not fit for consumption. The solution was George Hodgson of Bow Brewery In London. He came up with a beer that was hopped up to the hilt, which preserved the beer on the long journey. India Pale Ale was born.

A simple and lovely story, but is it true? Probably not.

The History Of IPA

It seems that the now popular beer does go back to these times in history. But who invented it is somewhat a mystery. George Hodgson did play a big part in exporting IPA to India. In fact Bow brewery was seen as the biggest exporter of IPA at one point.

However there is more to it and there are other breweries involved in the history of IPA. Also the story about why it was made for export to India seems to be built on soft ground. There is evidence that other beers were being exported with success during this period. Porter being one of them, and they didn’t spoil either.

What Came Before India Pale Ale?

Pale Ale came before IPA, which evolved itself from October Beer. Funnily enough a beer that was brewed the month of October. This was a beer that was not necessarily that pale in color, but used all pale malts and had a high hop content making it expensive.

It was brewed for the wealthy, not the workers.

Double the hopping of the browner beers of the day and a high strength too. Porter and October ale is what Hodgson was selling to the East Indiamen. He was asked to produce an ale that would cost less to export to the colonists.

He somehow pulled it off and produced a lighter colored ale that did not cost as much to produce as October Ale. Consequently he became one of the biggest exporters of this new brew. Things were going well for Bow Brewery, however George Hodgson’s successors were greedy. They skimmed the cut of money that was supposed to go to the ships Captains.

This led to the East India Trading Company seeking out another brewery that could make the same beer at the same cost. Samuel Allsopp was approached and came up with the same type pale ale. It was said to be cleaner and hoppier than Hodgson’s.

Burton has been the most associated with the beer that is IPA. Some say it originated from Burton. Allsopp’s Brewery is of course based in Burton On Trent, which is why this town is associated with IPA. Allsopp’s did become a big player in the export of IPA, so too did Bass Brewery.

That is the Burton connection that connects to the India Pale Ale Story.

Why Is It Called India Pale Ale

It is hard to know how it actually became known as India Pale Ale. Or if any one person sat down and came up with the name. It is quite obvious though that the name fell out of the sky as a result of why it was being brewed.

A pale ale that we ship to India by the barrel load. It was bound to end up being referred to as India Pale Ale. How ever the name came about, it stuck and to this day the are many IPA lovers out there, me included. It did hit a rough patch though, when it almost died out.

Although its first journey was a long hard slog over rough seas. Once established it did nearly fall off the edge of the earth. Demand slowly went down in the late 19th century. Due to other beer types and lower alcohol and of course scarcity of ingredients during war.

Then in the mid 1970’s America discovered their love of brewing. They started to reproduce some forgotten ales, one being IPA. Then the craft beer revolution happened and today we have many pale ales brewed across the globe.

American Pale Ale or APA, English Pale Ale of EPA and India Pale Ale or IPA. All are great beers with hoppiness and citrus wowing our beer loving taste buds. APA’s tend to be more hoppier and stronger than there UK counterparts.

There are many varieties of IPA now, including Black IPA, Double IPA or Imperial IPA, But IPA, White IPA, East Coast IPA and West Coast IPA. From its birth, near demise and its now new popularity, IPA has had a hell of a journey.

The Tale Of The India Pale Ale

If you are hooked on the story of IPA and want to know more, and you have an hour or so to spare. Then checkout The Tale Of the India Pale Ale By Travis Rupp, it is well worth it.

Travis looks at the history of IPA and goes into more detail about Bows Brewery and Allsopps Brewery. He even shares the original Hodgson’s recipe and has recreated the brew himself. Using as close to the original ingredients as possible, as well as the method too. The beer was canned and called ‘1752 India Pale Ale’.

Why not pour a nice IPA and sit down and enjoy the video.

How India Pale Ale got its name is unclear, but for me it was just a period of time and why it was brewed in the first place. Whether it was born in London or Burton makes no difference. Both played a big part in it export to India.

As Travis points out in his video. There are too many inconsistences as well as misinformation and lack of documentation around the history of IPA. The whole truth may never be known, but we have the gist of how it came about and at least we have its legacy. I say IPA is here to stay, long live the IPA.