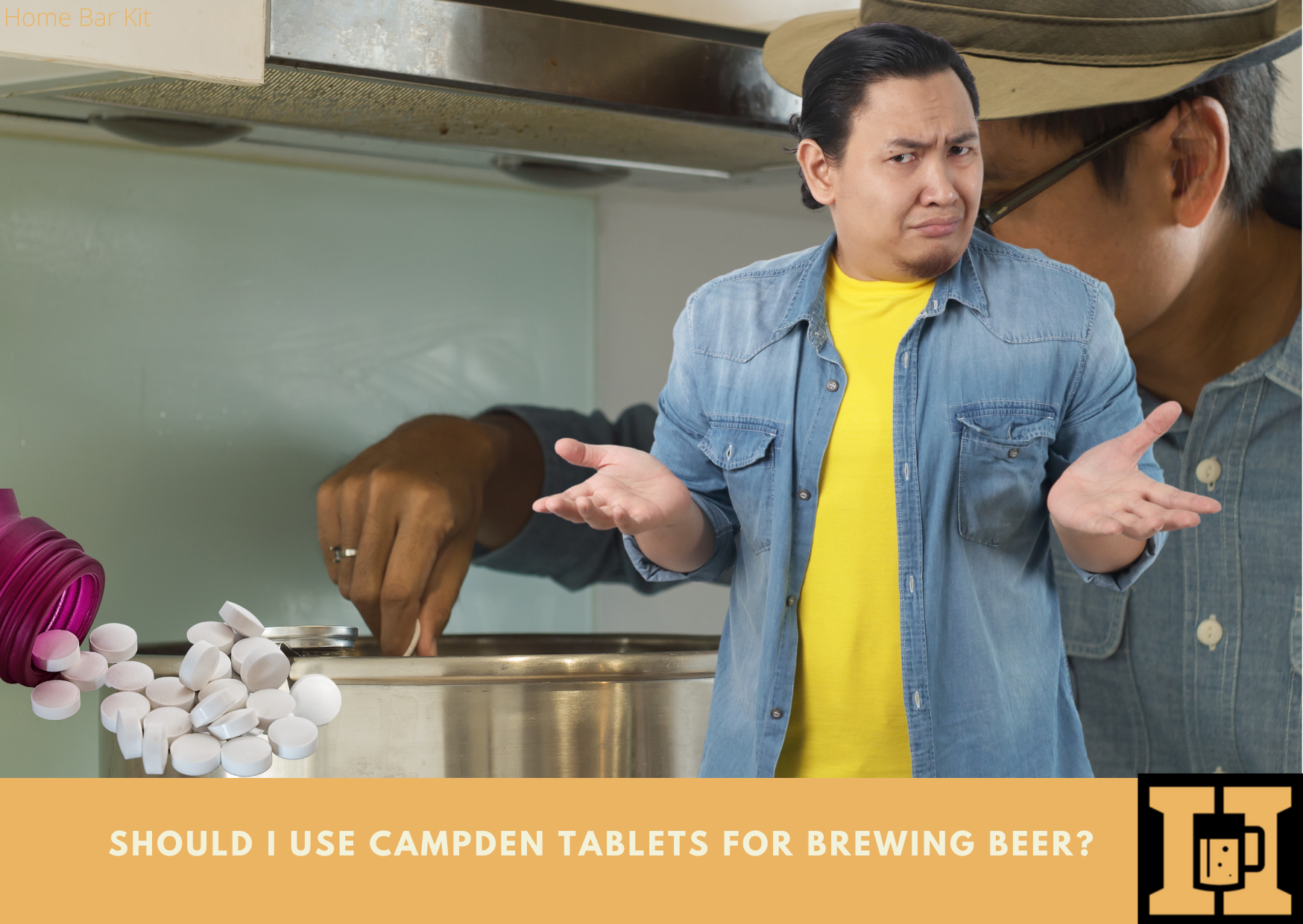 Campden tablets are a pretty useful thing for brewing beer, and have several uses throughout the process. But are they necessary?

Should I Use Campden Tablets For Brewing Beer?

They are not actually necessary as long as all the brewing equipment is fully sanitized. And the water supply being used is of good quality. However they do have a number of uses in brewing beer. First Campden tablets can be used as a sanitizer. Second they can treat the water prior to brewing. Finally they can help prevent oxidation when packaging (bottling or kegging) the beer.

The third point is a bit of a debate, with some homebrewers reporting good results. While others report bad results. More on this later.

What Are Campden Tablets?

Campden tablets are used for a number of reasons during the process of making wine, cider or beer. They are a sulphur based product.

They should be used as per the packaging instructions.

When Do I Use Campden Tablets?

Like I said they have primary uses when brewing cider, wine or beer. So will be used at different stages of the brewing process.

However I would only use Campden tablets once in the beer brewing process.

They can be used for sanitizing, water treatment and for killing wild yeast, bacteria’s and preventing oxidation.

Using Campden Tablets as a Sanitizer

Every homebrewer will have their favourite sanitizer, whether they brew cider, wine or beer. That said Campden tablets can be used to sanitize all homebrew equipment.

So if you come to brew day and forgot to get your normal sanitizer. Then Campden tablets will do the job, if you have any.

The last point is up for debate, some say you need to rinse others say you don’t

If using bottled water, then there is no need to use Campden tablets for treating water prior to brewing. On the other hand if you are using tap water for brewing it may be beneficial to use Campden Tablets.

Tap water may contain chlorine and chloramine which can affect the yeast and produce off tastes. Campden can eliminate these from your water.

Prior to using your water in the brewing process, treat it using Campden.

The general amount to use for this purpose is 1/2 a Campden tablet to 5 gallons of water.

Your water will now be treated and free from chlorine and chloramine ready for brewing.

Although this is common practise in cider and wine making, it is debatable when it comes to brewing beer. After primary fermentation is finished it is time to package the beer in bottles or kegs.

Some say Campden can be used just before packaging to stop oxidation. And some have had great success with it.

However others have reported beer that smells like sulphur as well as weird tasting beer. This could be too much Campden added. So I will not go into quantities mainly because I wouldn’t know the right quantities, and don’t want to mislead anyone.

This carbonates the beer, so effectively eats up the oxygen and protects against oxidation.

Who is right? Both probably, but I don’t see the need for Campden at this stage of the brewing process.

An experiment was done at Brulosophy where Campden was added to one batch at this stage, and not with another batch. Interesting read, I would just say, unless you are an experienced brewer, don’t bother with Campden for preventing oxidation.

So to answer the question Should I Use Campden Tablets For Brewing Beer? I would say yes, but choose where to use them.

For me, I just use them for treating the water prior to brewing. I have a sanitiser for my equipment. But if I found myself short would not hesitate to use Campden for sanitizing.

As for preventing oxidation, I am not going to use Campden for this, I will stick with what I know at the moment.

It would be interesting to know your views on this, do you use Campden tablets during your brewing process? If so, at what part of the process, share you thoughts below