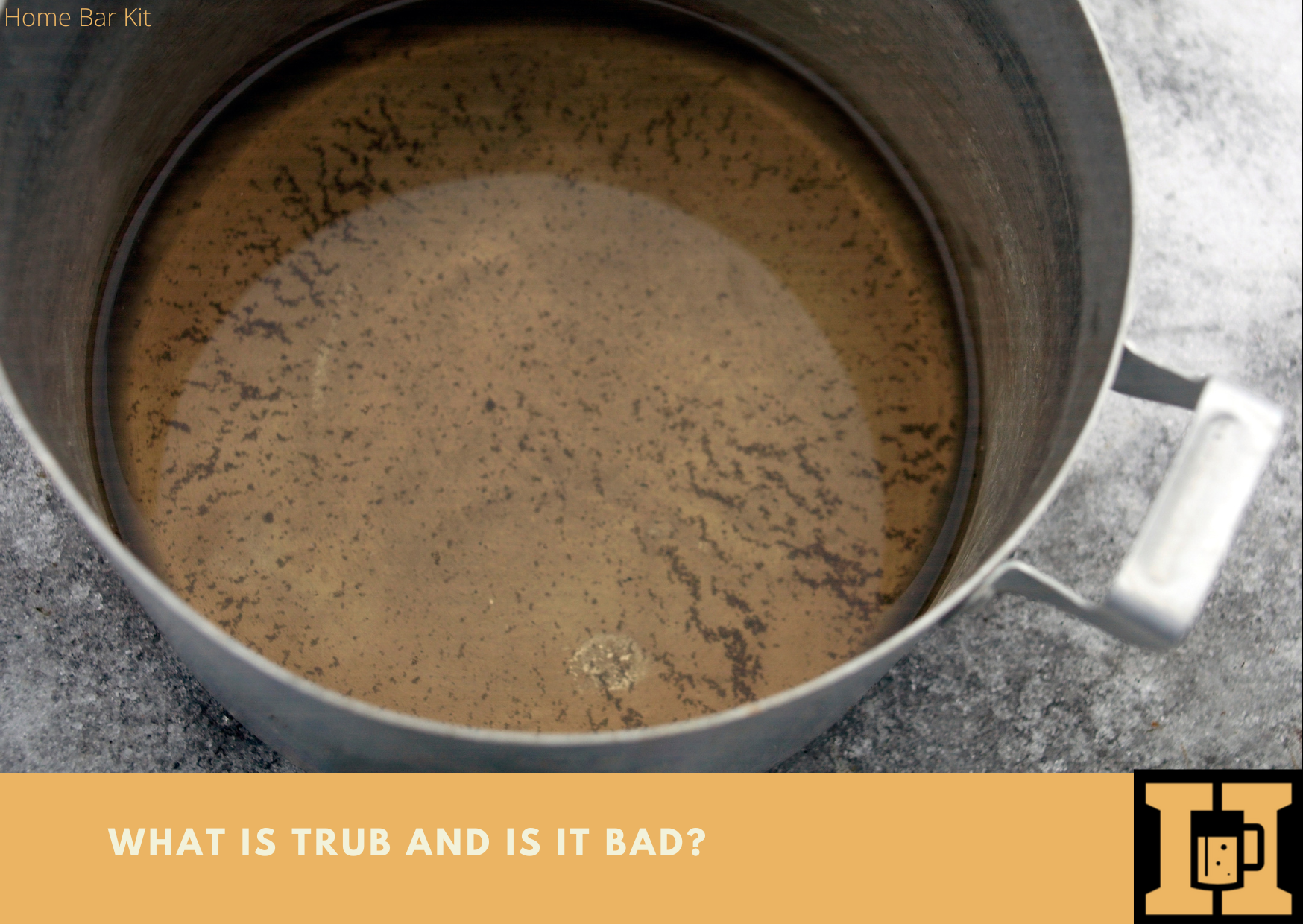 Unless you brew beer, then you probably have not asked yourself ‘what is trub and is it bad?’ And even if you do brew beer and you have asked yourself that question, the answer or answers are a little vague.

In fact there are conflicting results depending on who you ask. Some brewers are okay with trub, whereas some are against trub. Who is right?

What Is Trub And Is It Bad?

Trub is a term used to describe the layer of sediment that forms at the bottom of the fermentation vessel. The sediment is made up of proteins, yeast malts and grains. It is said to produce off flavors if left in contact with the beer for too long. Although not every brewer agrees with this, and some say it can add clarity and aroma and ultimately enhance flavors.

Where does trub fit into the brewing process?

The brewing process is not complicated and should be enjoyed, after all you are brewing beer for a good reason. The basics are really only five steps.

The first and very important step is to sanitize all of your equipment so as not to contaminate the beer. A simple sanitizer can be used to clean everything before it is used.

The type of brewing will depend on how many steps are involved in this process, but it is where grains are used with water to make the base of the beer or wort as it is known.

Extract brewing is the simplest form of brewing beer, while full grain brewing is a little more complicated. A comprehensive breakdown of the whole brewing process is well executed on Kegerator.

Once the brewing is finished it is time to take a hydrometer reading. This will tell the gravity of the wort which should be recorded. Then it is time to add the yeast for the fermentation process to begin.

Also the point at which trub is separated from the beer or not depending on your thoughts as to what it does or doesn’t do to the beer.

Once secondary fermentation is complete it is time to take the final gravity reading using the hydrometer. Whatever the reading is you then subtract the first reading from the second reading and multiply it by 131. This will give you the ABV percentage.

It is then time to transfer the beer to bottle or keg depending on your choice.

So the brewing process is fairly straight forward and we know that the sediment known as trub does form during the first stages of brewing.

Is it best to take care to separate the trub before secondary fermentation?

Or is it better to not be concerned about the trub going into the secondary fermentation vessel?

The opinion is divided and some say it can spoil the beer if it is left in contact with it for too long. So to separate it is the way to go. It is also said it can produce off flavors and a hazy beer.

Others think there is no real truth to this claim and don’t go to great lengths to separate the trub from the beer.

In the video above the brewer put this to the test. The beer was separated into two different vessels. One had the trub left in, while the other had it removed. The one with the trub left in seemed to produce a better beer, which was clearer the the other one.

It is hard to decide which is the best method. However in my opinion when transferring the beer I would try not to disturb the sediment, but not worry to much if a little got through.

Trub then is basically a by product of brewing beer, the sediment made up of the brewing ingredients. While many will swear by removing it, others are less worried about removing it.

Is it bad? No it is not bad, after all it comes from the ingredients added to make the beer. There are probably many brewers that have experimented with trub v non trub brews.

One particular experiment does seem to prove that there is not a great deal of difference, and in fact the trub may be a slightly brighter beer.

This will not stop this subject being debated. Every brewer will have their own opinion on whether trub is better removed or not.

Personally I would prefer to keep it to a minimum, however there is no real reason for it. If you have an opinion on trub in the brewing process, then share your thoughts.