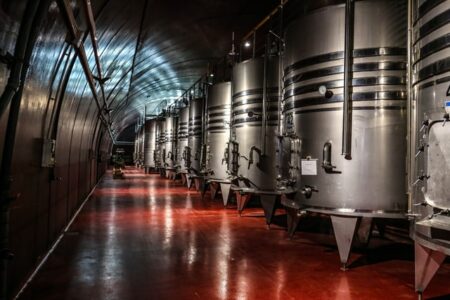 Brewing your own beer is a dream for many people and a lot of people will give it a go at least once with varying results. Just like making your own wine it is a challenge that more often than not ends in disaster.

In theory, it is almost romantic, the thought of a beer you have made yourself and share with family and friends is a charming idea. The reality though can be anything but charming, with any number of things that can go wrong in the brewing process, it is all very hit-and-miss.

What if there was another way though, an easy fool proof way of making your own home brew. If only there were an automatic beer brewer, a machine to handle the heavy lifting, then things would be different.

Brew Your Own Beer 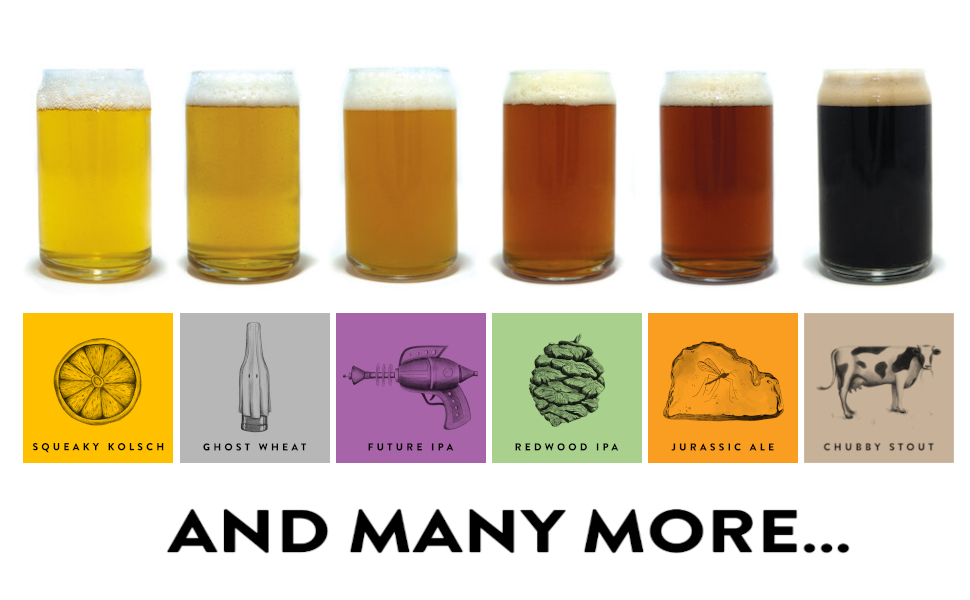 If you are a beer lover, then chances are that at some point you have toyed with the idea of brewing your own beer. I mean how hard can it be? You buy the ingredients and some basic equipment, follow some instructions and a few weeks down the line you are enjoying your very own beer.

Like I said in theory, it is not that difficult, but in practice it is a different story.

The Basics Of Home Brew

There are some basic brewing equipment that you will need if you are to have half a chance of being successful with your home brew.

These can be bought separately or in a kit form, which can sometimes workout cheaper.

You will need the right ingredients to make your brew and the basics are.

Malt is a grain that has gone through a process to become malt, and although it is possible to do this yourself, why would you. It is easier to buy malt that has already been produced by a Maltster from the grain, normally barley.

There is also another option if you don’t want to work out mixing and ratios of using the raw ingredients. Instead, there are home brew recipe kits available, which take the guess work out of the brewing process.

You get the right quantities and instructions on how to make your brew a success. This simplifies the process and makes it easier to get it right, a good idea for a beginner.

The brewing process involves heating your water and steeping your grains, boiling and adding hops to make a sugar water known as wort. Once, you get to wort you will need to cool it down.

Transfer your wort to the fermenter and add water to the desired level and aerate, then add yeast and seal. Two weeks later you will be ready to bottle your brew. Once bottled leave for a further two weeks so your beer can carbonate, then pop a lid and enjoy.

One thing to remember throughout the process is to make sure everything is clean, sanitize all your equipment before you use it, you do not want to contaminate your beer. 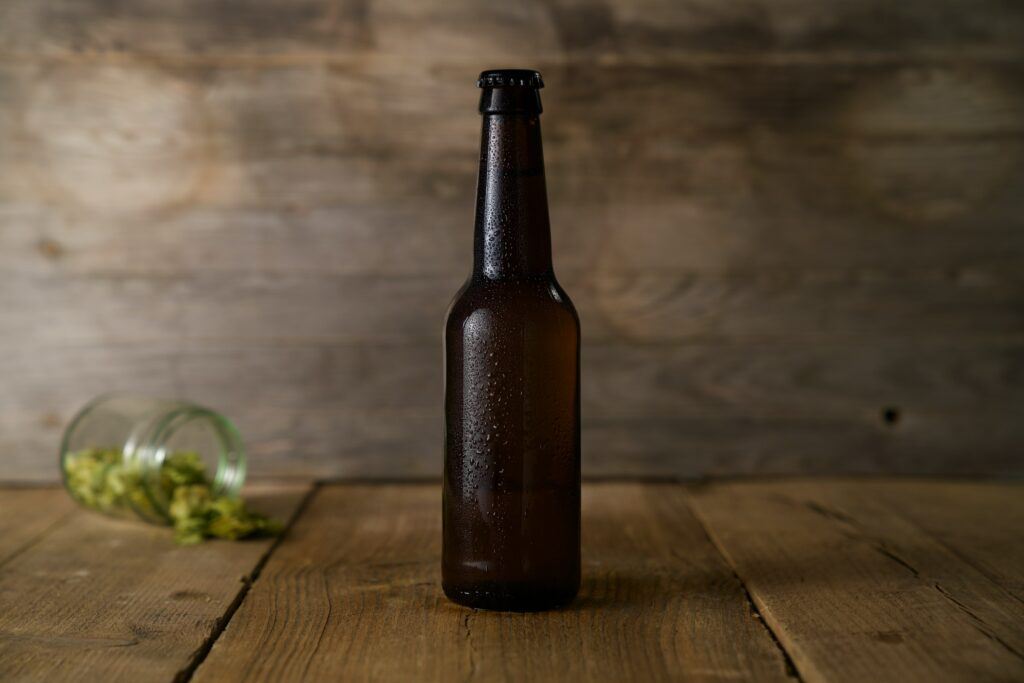 There is a huge history of home brewing, people have been making their own beer at home for years. When I say years, I mean thousands of years, and beer was started as a home brew way before it became a commercial product that is made in large breweries.

The process of brewing beer is a little involved, cleaning, mixing and getting the right ratio of ingredients can be a little daunting. Some have tried many times to perfect a brew but never really got it right, others have had different levels of success.

Making your own brew is all about creating, first you learn about the ingredients and there part in the process of brewing. You learn about the equipment and how you use it to create the perfect brew. Once, you know the basics then it is time to get to work and start brewing your first batch of beer.

If it doesn’t workout, you try again until you succeed, this of course could take many attempts. Home brewing can be challenging, but you should not be put off by any horror stories you may have heard.

No matter what you have heard, go for it anyway, just because your cousin or mate at work had a brewing disaster, that does not mean you will. Brewing your own beer should be interesting and fun, so whatever anyone else says, if you really want to get brewing, then get brewing and enjoy. 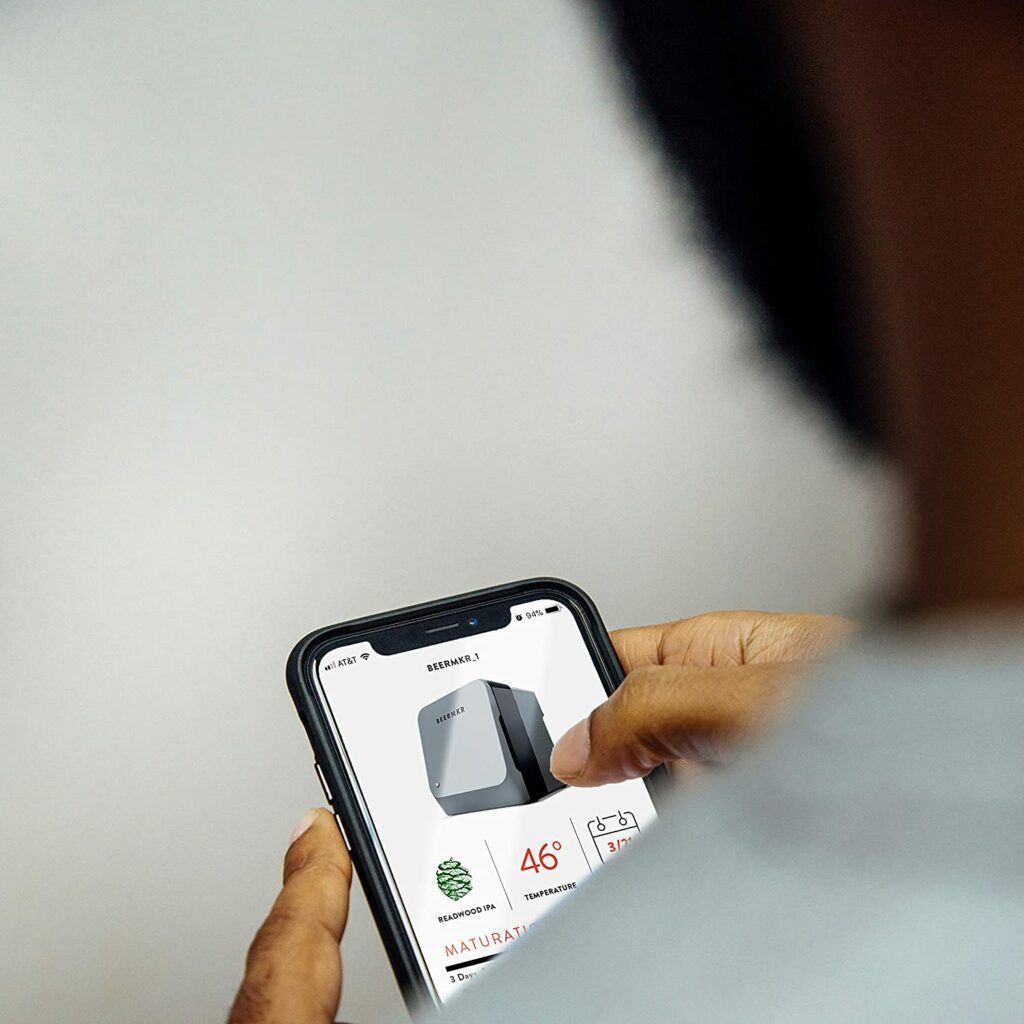 Although brewing your own beer is a great idea and a great hobby too, that has a great reward at the end of it, some will still be put off by the challenge.

If you just don’t want to get involved with the whole brewing process and think it is just to complicated, or you have had too many disasters, then don’t give up hope just yet. Where there are problems, someone always comes up with a solution, and this may be the solution for you.

What if there was a machine that you could put a ready-made recipe into and it did all the brewing work for you, would that be worthy of your attention. It would definitely be worth looking at, you may be able to make a perfect home brew after all.

The process would be a little different. First, you would pick the beer recipe you fancy brewing, maybe a golden IPA or a dark stout. Second, you add the ingredients in your recipe to the machine and set it up. Third, you wait and let it do its magic, fermenting whilst keeping you informed of its progress. Fourth, once your machine has informed you that your brew is ready, you transfer to a beer tap unit and let your beer carbonate for two weeks.

That is it, your beer is ready to enjoy, and how easy was it to create your very own (hopefully perfect) home brew. If that sounds too good to be true, then continue reading because this may just blow you away. 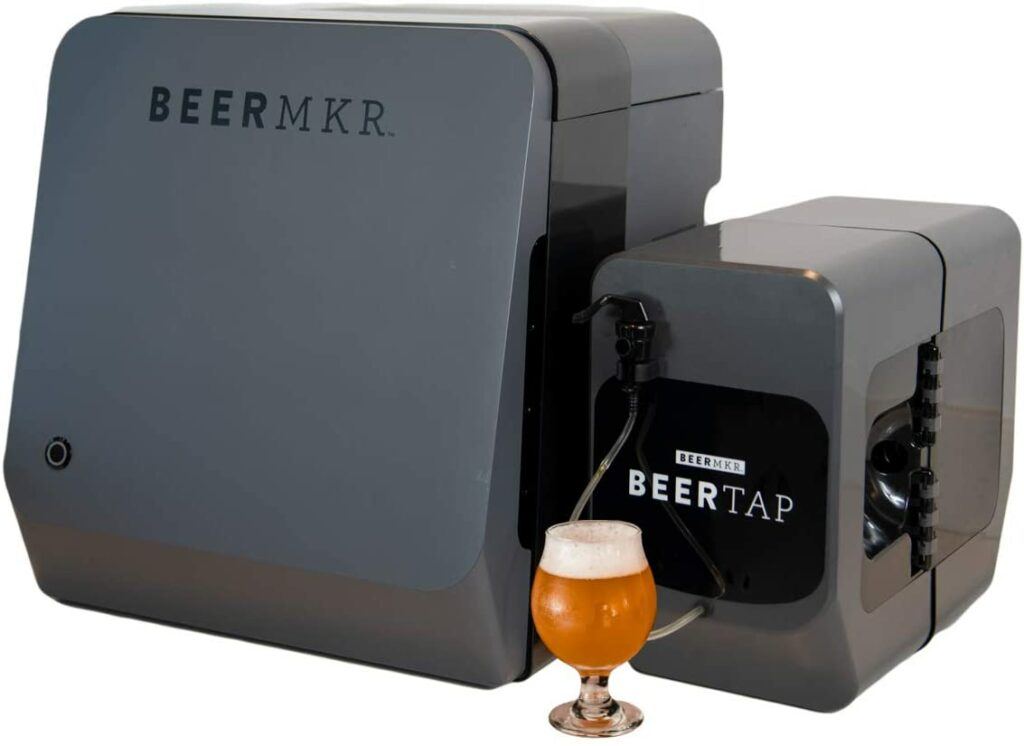 Introducing the BEERMKR and the BEERTAP which is all you need apart from the ingredients to successfully make your own home brew. I know it sounds crazy, but not everyone wants to invest many hours into creating their own beer only to find out what they produced was pretty horrid.

A fully automated machine that will fit on a counter top and do the entire brewing process for you. There is more, it also comes with the BEERTAP, which is a small unit that you transfer the fermented beer to and it carbonates ready for serving.

The actual BEERMKR machine can be loaded with your own ingredients, or for ease you can get ready to go recipes called MKRKITS which also include the C02 cartridge for carbonation.

If this was not enough, there is an APP too. I know its’s just too much right.

The BEERMKR APP will not only instruct you how to set up and start your brewing process, but will also keep you informed of what is happening and when your brew is ready to be transferred to the BEERTAP.

It is possibly a fool proof way of brewing beer at home.

The old school way of brewing beer at home is the only way right? Well no, not anymore, it’s gone digital with a machine and APP to do it for you.

This will split the would be brewers with some of you dismissing the new way of brewing and sticking to the way we have always done it. Others will embrace the new way with its easy to use machine, but which is best?

If you prefer to go through the traditional way of brewing beer, then that is a great thing, after all we don’t want the machines taking over everything. So, stick to your guns, perfect your process and enjoy the fruits of your labor, you earned it.

However, if for what ever reason you like the sound of an automatic beer brewer that will not only save you time, but will produce great home brew without the headache, that is also fine. We all use machines and gadgets to make our lives easier, and this is no different, so acceptable it is.

I think it is acceptable to use a machine to brew the beer, but I know there will be some that disagree. Let us know what your opinion is, by leaving your view below, old school or digital.