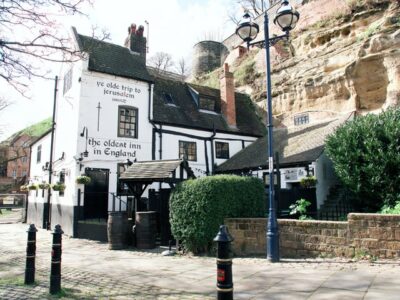 The humble bar, we love them and we have loved them throughout history. There are even references to bars in the Mesopotamian Civilization, which is recorded as the oldest civilization in the world.

A bar probably looked very different in those ancient days, but the fact remains that we have had a love affair with the bar for a while now. No matter what you call it, tavern, saloon, bar or pub and no matter what the differences may be between them, we love to visit the place that sells beer and other alcohol.

It’s a social place where we meet friends and make new ones, we do business and put the world to rights all whilst enjoying a beer or two. It’s interesting to find out the history of bars, but I think it is worthy of a book, which is why I added a brief story to the title. 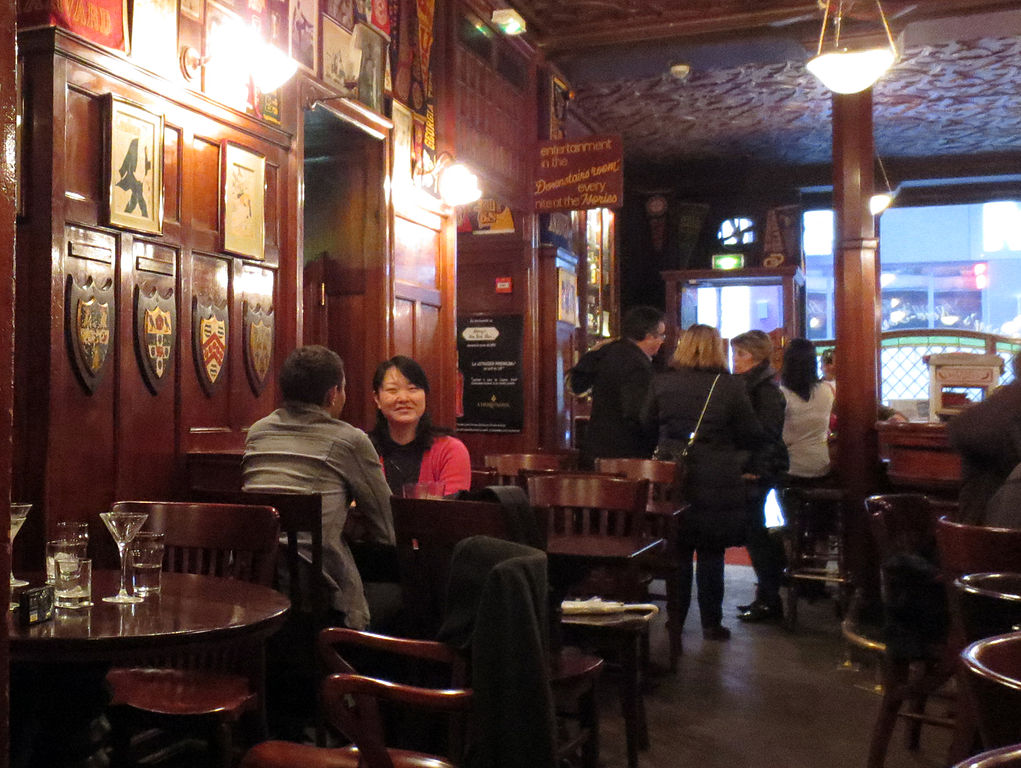 The old days of America saw the bar, known as a tavern become a popular place for communities as well as travelers, serving beer and cider, and sometimes food too. They became such an important part of the community that when new towns were built for the settlers, it was often a tavern that got built first, even before a church.

At least they got that right!

The oldest bar in America is said to be the famous White Horse Tavern opening in 1663 in Newport, Rhode Island.

As time went on more and more bars would pop up offering lodgings as well as food and drink. These became known as saloons and became part of the American way. They became so popular, they are said to be the cause of the Prohibition laws being passed to prevent the production, transportation and sales of alcohol.

The prohibition continued for more than a decade ending in 1933. It took a while to actually end though, staying in some states across America, as the choice was given to states to decide for themselves whether to stay dry or allow a wet state.

During the time of prohibition people still found ways to enjoy a beer by way of places called speakeasies, which were secret bars providing an underground service. You just can’t keep a drinker from there beer.

Since the end of the prohibition the popularity of the bar has continued to grow at an amazing rate. Americans love a bar, so much so that in the late 40s we saw a craze sweeping across America in the form of a different kind of bar.

The home bar was born, yes, as the American dream took off and people realized there dreams of owning there own homes, they realized they could entertain at home. They could have family and friends over to enjoy drinks in there very own home bar. 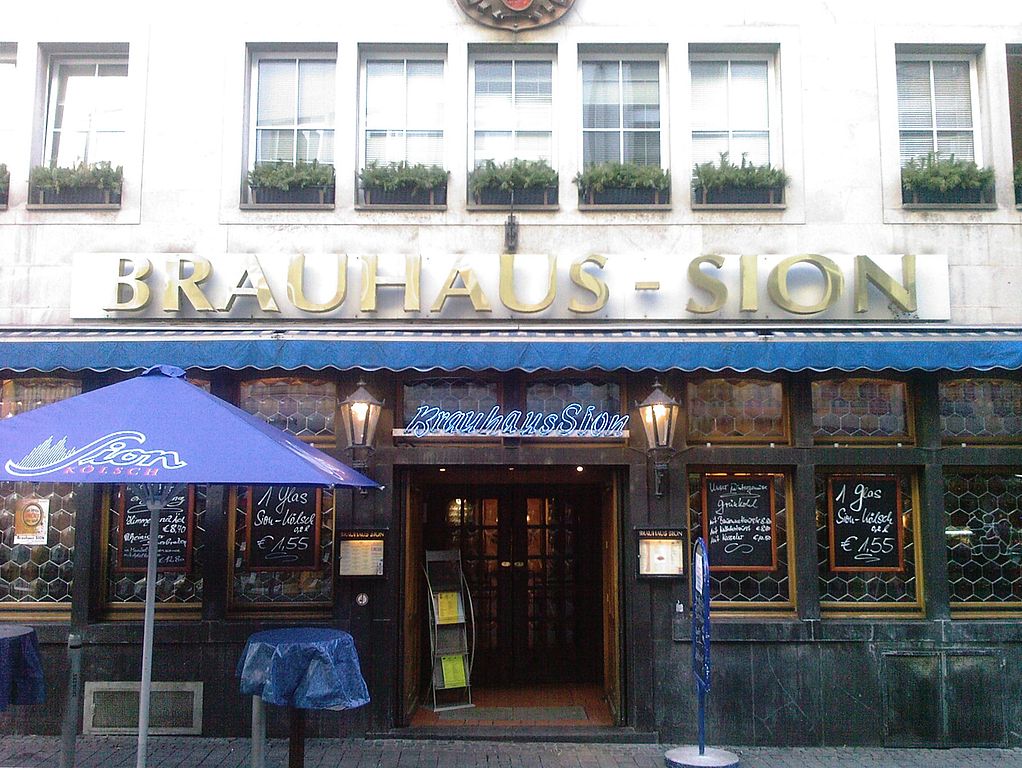 Europe was no different to America, except its drinking establishments date back further, before America was even discovered. There are probably taverns of sorts that have not yet been discovered by our modern world and date back longer than we care to think.

There is evidence of an ancient pub discovered in Slovakia just recently with a coin being found dating back to the middle 300’s. Europe has a rich history of bars and pubs with many of these old drinking houses still serving today.

In Bruges, Belgium the Herberg Vlissinghe stands proud dating back to 1515 and is said to be the oldest bar in Belgium. It has a monument status which means it is protected.

There is the Brauhaus Sion in Cologne, Germany, which has been around since 1318 and had its ups and downs, including being bombed in WWII.

We have Ye Olde Man & Scythe in Bolton, England which dates back to 1251 and has a profound history including the execution of James Stanley who was the Earl of Derby back in the 1600’s.

Moving on to Athlone in Ireland we have the world-famous Seans Bar which dates back to 900 and has documentation showing historic past owners and has a place in the Guiness Book of World Records as the oldest pub in Europe.

It is incredible to think that these wonderful drinking holes are still running today, and long may they continue to serve European communities and tourists for the future too.

Ancient Greece saw drinking establishments being enjoyed, and Ancient Rome had many taverns, and not just in towns, but on traveling routes to accommodate travelers and tradesmen.

The bar is set in stone in the history of Europe and has played an important part throughout the years, and continues to do so. 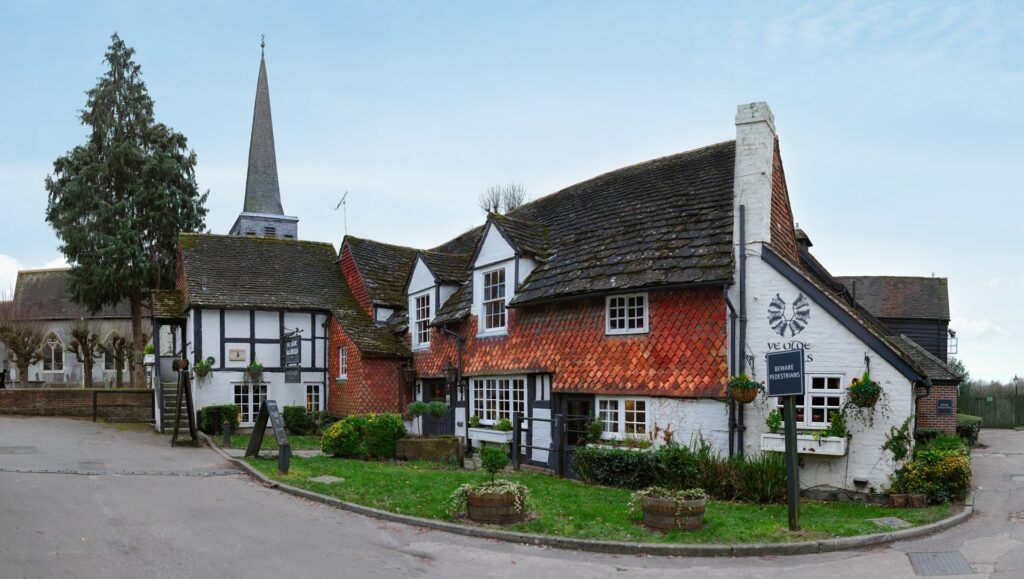 The great British pub is known the world over with a rich history, the pub is the place where people gather to drink, eat and enjoy each other’s company.

Some say that the pub was born in Britain, but other’s say that although beer may be attributed to the Brits, the pub, or Tavern as it was known, was down to the Romans.

They built roads to travel across Britain and at the same time, built Inns and Taverns along those routes to serve soldiers and travelers alike. The word Tavern comes from Taberna which is a single room shop in Ancient Rome, in fact they were the first permanent retail units in cities.

We know bars and ale houses existed a long time before the pub came to Britain, but Britain certainly embraced the concept of the public house. It is great that there are those pubs I mentioned before in England and Ireland that still today are serving the public up with there favorite tipple and remain an important part of there communities.

Britain has an array of old pubs, but we also have those pubs that have put food first and become more restaurants than the old style traditional pub.

Whichever way you look at it, the British love there pubs. 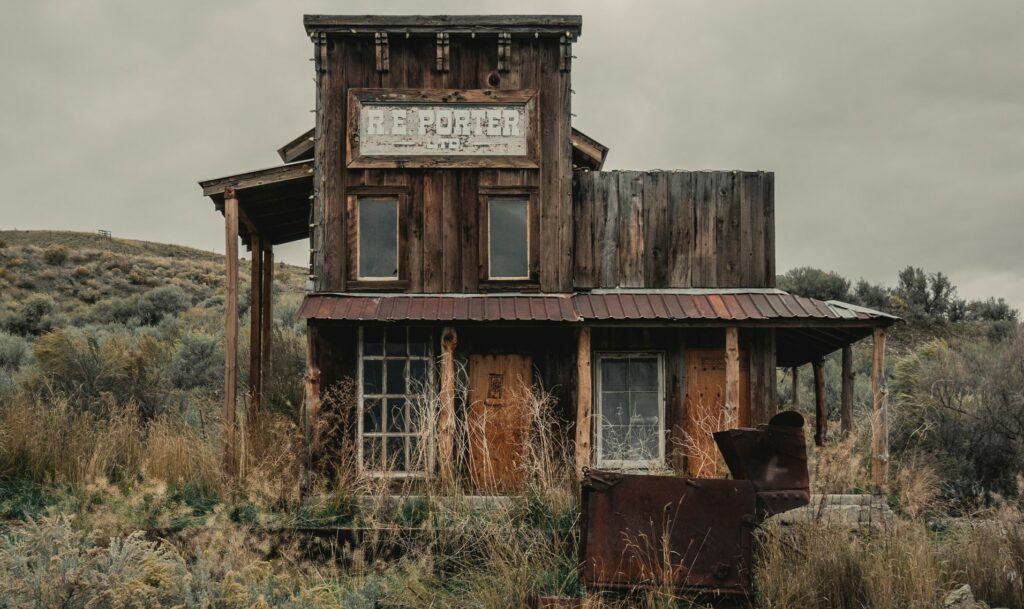 The Irish pub, Seans Bar is probably the oldest surviving pub I can track down founded in 900 AD, and some say it is the oldest pub in the world.

We know though that there are far older bars and Taverns than this one, they just don’t exist anymore, or are a buried past beneath us. The bars of ancient times were simple and served ale and ciders, some even served basic food too, and there were those that brewed beer on site.

Modern bars may be more comfortable and have a larger selection of drinks and food available, but the concept is still the same. We loved our bars in ancient times and we still love them today.

We love them so much we even have our own bars.

Although the home bar is no new thing, there has been a trend over recent years and especially during the Covid 19 period we have all experienced the last couple of years. Building a home bar is popular right now.

The first home bars were probably in 1940’s America and then traveled from there to Europe in the 50s and 60s. Whether your bar was a full-blown whole room kitted out with the works, or a simple drinks trolley, the home bar had arrived.

The 70s saw the home bar faze out somewhat with the arrival of discos people were going out and dancing the night away. You can’t keep a good thing down, the home bar is back, and it is more popular than ever.

The home bar now can be a small affair with just a small cabinet, or it can be a spare room converted into a complete bar. People have even extended their homes to accommodate a room for there home bar. If space is too tight or the funds don’t stretch to an extension, then sheds and outbuilding have been converted to bars.

The trend at the moment does seem to be to entertain at home, and a home bar goes hand in hand with the barbecue culture. Have family and friends over to enjoy food from the barbecue and sit at your bar and enjoy drinks too.

The history of bars over the years has been rich in variety, and we don’t want that history to halt, so even with the revival of the home bar, which is a great thing of course, we still need to support our bars.